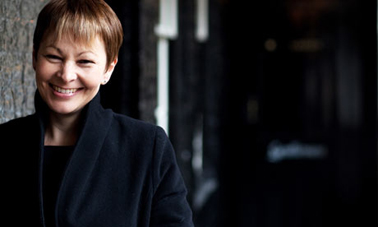 The cross party Home Affairs Select Committee (HASC) has today, December 10, called for a review of drug policy, saying that government action is needed “now, more than ever” to consider all of the alternatives to the UK’s failing drug laws.

Brighton Pavilion MP Caroline Lucas, has been campaigning for an overhaul of current drugs laws and changes in the way that addiction is treated.

“The Greens warmly welcome this cross party call for a complete rethink of the UK’s drug policy, and the clear recognition of the need for an evidence-based approach to reducing drug related harms.

“The committee is absolutely right that the “principal aim of Government drugs policy should be first and foremost to minimise the damage caused to the victims of drug-related crime, drug users and others.

“However, it should follow this logic and examine ways to tackle drugs supply as well as use.

“According to a recent report from the UK Drug Policy Commission, the government is currently spending around £3 billion a year and sentencing 42,000 people annually under a drugs policy that lacks “sufficient coordination” and is often self-defeating.

“Sadly, the fact that government spokespeople have already dismissed the HASC’s important call out of hand today suggests that ministers are still running scared on the issue of drugs even as the public mood and expert view continues to shift.

“This is both disappointing and deeply irresponsible.”

“The government now needs to recognise the reality that the ‘war on drugs’ has failed – both at home and on the global level – and start afresh.

“There is growing agreement across the scientific, police and legal professions that we need to move away from prohibition of personal use towards an evidence-based, public health approach, within a regulated environment.

“Having called for this public health approach in parliamentary debates, I welcome the recommendation that the Home Secretary and the Health Secretary should be given joint responsibility for co-ordinating drug policy as a positive step towards recognising that misuse of drugs is primarily a public health issue rather than a criminal justice one.

“The government should go further and undertake an urgent review of the 1971 Misuse of Drugs Act, with a full cost benefit analysis and impact assessment to compare its effectiveness in reducing the societal, economic and health costs of drug misuse with other approaches.”

“We support the immediate establishment of a Royal Commission, a longstanding Green Party policy, and its remit should include looking at whether approaches other than prohibition would be more successful.

“In Brighton and Hove, which has one of the highest drug death rates in the country, we have already set up a new Commission to examine drugs policy and addiction treatment in the city, taking the views of experts and practitioners in exploring alternative approaches.

“Now the government must agree to a national Commission which not only learns from the examples of countries like Portugal, as the HASC report suggests – but also considers the more ambitious routes taken by, for example, by some South American countries at the UN level.”