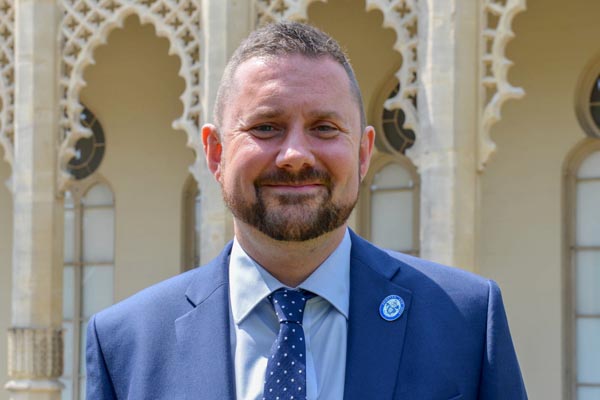 Green Convenor, Councillor Phélim Mac Cafferty will join the march for equal marriage in Belfast, Northern Ireland this Saturday, May 18.

TOMORROW, Friday May 17 he will attend the International Day Against Homophobia, Biphobia & Transphobia (IDAHOBIT) event outside Jubilee Library in central Brighton, to call for renewed efforts to stamp out hate in the UK and abroad.

Green Councillors will join volunteers of the Brighton and Hove LGBT Community Safety Forum in a ‘minute’s noise,’ to remember all those who have lost their lives to homophobic, biphobic and transphobic violence.

Councillor Mac Cafferty said: “Greens will stand shoulder to shoulder with our city and our global LGBT communities to remember all of those worldwide who have lost their lives to prejudice as we once again commit ourselves to the international battle against transphobia, biphobia and homophobia. This year, we celebrate Andy Brennan the Australian professional football player who has come out- I hope it encourages UK players to feel they can come out too, so the work continues to ensure that ‘the beautiful game’ includes everyone. But IDAHOBIT is also an important reminder that both at home and abroad LGBT people still face violence and prejudice. Being gay is still illegal in 72 countries around the world; the Conservative Government maintains links with the homophobic DUP and even in our city, LGBT people continue to face discrimination and violence.

“Even close to home, we still have significant hurdles to equality. Northern Ireland still doesn’t have equal marriage and remains the last part of the UK where same-sex couples cannot marry. This is a massive injustice and has to change. On Saturday I will be proud to march in Belfast, with campaigners and the Green Party’s sister party, the Green Party in Northern Ireland, including Green MLA Clare Bailey and our four newly elected Councillors on Belfast City Council.

“This year’s IDAHOBIT marks 29 years to the day that the World Health Organisation removed homosexuality from its list of ‘mental diseases,’ and though we celebrate achievements in the fight for LGBT equality, there is still a long way to go. From our work to set up the first Trans Equality Scrutiny Panel to better understand trans people’s needs, to our relentless support for our city’s LGBT community, Greens will always work to stamp out hate.”

For more information about the IDAHOBIT event which starts outside Jubilee Library tomorrow at 6pm, click here: