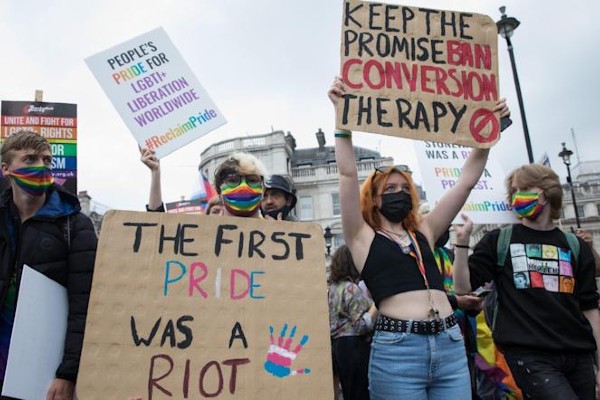 The UK government has decided to extend its consultation on conversion therapy by an additional 8 weeks after failing to provide an easy read version of the form until December 9 – one day before the original deadline. The consultation was first launched in October as officials laid out plans to ban the controversial practice, with the aim to gain further insight into the issue.

Although everyone was free to participate in the consultation, an easy read version of the document was not made available until recently, sparking backlash among activists. Stonewall CEO Nancy Kelley criticised the lack of accessibility, saying: “This consultation should have been accessible from the beginning so it is important that the UK government is fixing its mistake by providing an easy read version.”

She also noted that the government’s mistake will cause further delays to the ban: “Across the globe, there has been urgent action taken by governments to ban this abhorrent practice, and the UK is already lagging behind on the global stage…Now the UK Government must make clear that this necessary extension will not delay their plans to bring forward a bill in Spring 2022.” The government has insisted that the extension was not a result of its accessibility failure, but rather a mode to gain more information on conversion therapy.

The new consultation deadline is February 4 2022.