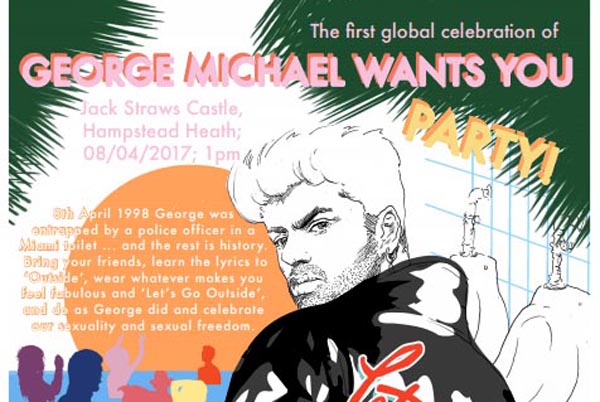 In the week that George Michael was finally laid to rest Camden LGBT Forum in partnership with Queer Tours of London have worked together to organise this event as part of a programme of activity that also marks the 50th anniversary of the partial decriminalisation of homosexuality in 1967.

While the passing of this law was a momentous moment in our history, it was not the end of the struggle, a fact highlighted very clearly by the fact that such a confident and successful individual as George Michael still found it impossible to be open about his sexuality in the late 1990’s.

His sexuality was used to both criminalise and humiliate him; sadly despite his and many others who have bravely fought back this still goes on for so many people today.