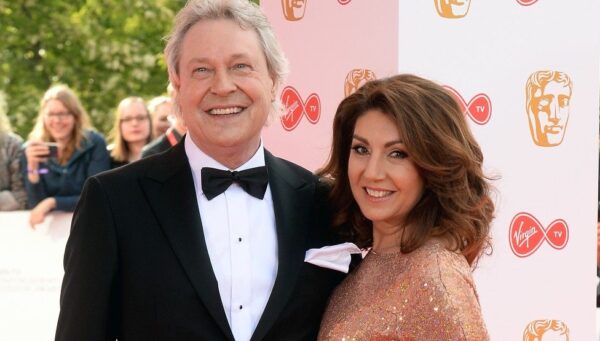 Singer and TV presenter Jane McDonald recently spoke to Kaye Adams on the How To Be 60 podcast about love, loss and life after her long-term partner Eddie Rothe‘s death. She also talked about taking an extended break from touring as she begins to slow down in her later years.

Talking about how she was feeling, Jane said: “I’m a lot better than when I was on Loose Women. I can talk about him now and just feel great that I had that amazing time with him. And it’s funny, we should talk about retiring because he retired at 59. And said, I promise you when you get to this age, you’ll see a difference. And I have. So we had lots of plans. And I think that’s part of grief as well is that you go through the normal grief and the terrible, terrible time and then you grieve the life that you thought you were gonna have.

“So when he died, he took our future. So I think that is, I’ve got to have a different life now. And that’s taken a bit of adjusting to, but I’ll get there. Because that’s what do, we get there.”

She added: “My life has changed a lot. But by God, I’m gonna enjoy every minute of it now. Because that’s what we’re supposed to do. I don’t want to be sad, I don’t want to be miserable. And Ed would have hated if I was, and my mother definitely would have hated it. So if there is this something out there, where they are watching us, I want them to think I’m okay. I’m okay. And that’s because of you.”

Talking about her friend Sue moving in with her, she said: “You know, when you’re on your own, there’s, there’s always that the wee small hours in the morning where everything seems a lot worse than it actually is. And if I wake up and I’m in a bad way, I know that Sue’s just down the hall a bit. And I can get up and say can you have a cup of tea with me? She’ll probably kill me if I do that. But you know, sometimes it’s just knowing that someone else in the house and we’ve both got that now.”

Kaye asked Jane “are you aware of getting older?” Jane responded: “I’m looking forward to it. Because I can slow down. I’ve achieved so many things in my life already, that I never thought I would. And I’ve got a really great circle of friends. So it’s time now to have a bit of fun. And I’ve not really had much fun, because I’ve worked constantly, constantly for as long as I can remember. And I’m not touring next year or the year after. So you’ve got an exclusive there because they only think I’m only doing one year, but I’m now doing two. Because I want to have a bit of downtime, I’ll still be doing all the TV shows. And that’s great. You know, I love that. But the touring I found now is harder than it used to be. And, and I’m thinking well, why? Why are you doing it, just have a bit of a break and see how you feel.”

She added: “Now I’m getting to 60. The difference now in my tired level is quite quite big. So I’m just gonna put my feet up and watch Netflix like everybody else.”

Kaye Adams: How to be 60 is available on Apple Podcasts, Spotify and all good podcast platforms. New episodes are released every Friday. To listen, CLICK HERE