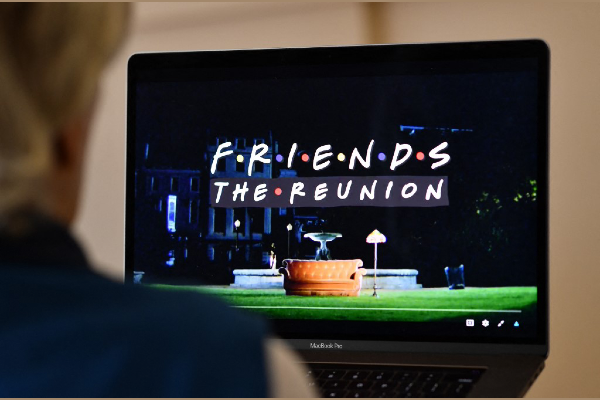 Chinese media platforms have censored LGBTQ+ references form the Friends reunion special. In the studio version seen in the US and UK, a German gay man says “I was a gay man who wanted to be like Jennifer Aniston, (Rachel) so you can imagine how lonely I was,” after explaining the show gave him a sense of belonging.

Later a woman says to camera “Like every Chandler I found my Monica” and pulls her partner in shot and both women smile. Both of these LGBTQ+ references were cut from versions shown on iQiyi, Youku and Tencent Video. Also censored shots from a scene where Friends’ Joey (Matt le Blanc) revealed a picture of Ross (David Schwimmer) stuck to the front of his underwear. It is not yet clear whether the Chinese government lent on the platforms or they self-censored out of fear of reprisals.

Segments involving performers who have previously angered the Chinese government were also dropped. Lady Gaga co-sang “Smelly Cat” with Phoebe (Lisa Kudrow). Gaga met the Dalai Lama of Tibet, a county that China has long had  a dispute with.  Justin Bieber appeared in a Halloween costume that Ross (David Schwimmer) once wore.

Bieber is banned from performing in China on grounds of “bad behaviour.” Observers noted he visited the controversial Yasukuni Shrine in Tokyo. The shrine honours fallen warriors and is seen in China and South Korea as a symbol of Japan not being sorry for its empire’s past. Boyband BTS had their clip cut having previously made comments in support of their home country South Korea in relation to the Korean war. China supports North Korea. The Friends reunion show was screened in the US on HBOMax and in the UK on Sky and Now.