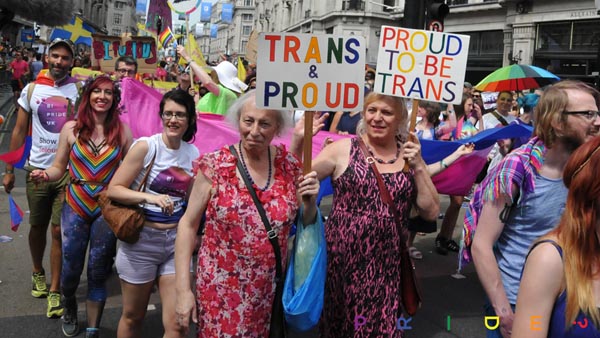 Film makers are working on a new LGBT+ film called PRIDE? a documentary exploring the history of Pride in the UK, where it is today and where the movement needs to go.

In March a work-in-progress edit was screened at the BFI FLARE Festival. The Independent called it one of the 9 picks of the festival, saying PRIDE? “will no doubt be one of the most important LGBT+ factual films of 2017.”

Since then the film makers have been working on improving this already really well received film to take it to the next level.

They’ve captured new footage at Pride In London 2017, Trans Pride Brighton, 2017 and will soon be visiting Cardiff Pride to include as much of the story of the picture of LGBT+ Pride in the UK as possible.

New interviews with Lord Michael Cashman (one of the founders of Stonewall)  and Chris Smith Baron (Former Culture Secretary) along with other figures from the history of the fight for LGBT+ equality in the UK will also be included in the new cut.

Financial help is needed to bring this new version of the film to audiences. However, there are vital historic moments they need to visualise through archive film and photos, which is very costly.

A kickstarter campaign has been created to raise the £20,000 needed to do this.

To make a donation and help them raise the final £5,000, click here: