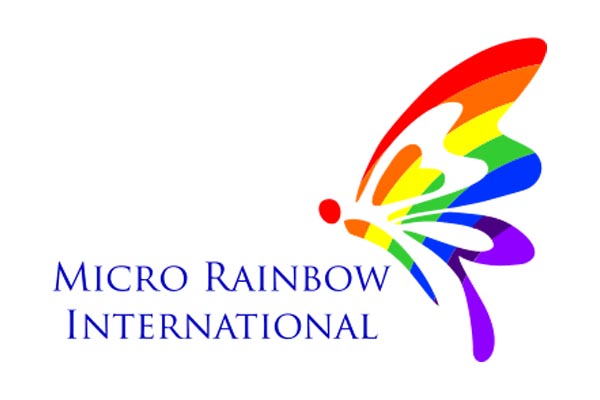 In October 2017, asylum seekers Rashid from Bangladesh and Maria from El Salvador, entered the first safe house in the UK created by Micro Rainbow International (MRI), a house exclusively for LGBT+ asylum seekers and refugees.

MRI’s safe housing project, was officially launched at the London office of Weil, Gotshal & Manges LLP in November, 2017. The international law firm has provided MRI with over 230 hours of pro-bono legal advice since February 2016.

When they come to the UK many LGBT+ asylum seekers are still not safe.

Maria said: “I suffered physical and sexual harassment on a regular basis in the accommodation I was given as an asylum seeker. Someone threw a pot at me once. I just could not sleep properly, I was always on the lookout for someone to try to hurt me”.

Similarly, Rashid was homeless and slept rough for several months.

MRI’s Founder and CEO, Sebastian Rocca, said: “Homosexuality is criminalised in over 70 countries and more than 1000 people from these countries seek asylum in the UK every year. MRI already supports over 150 LGBT+ asylum seekers and refugees each year and provides them with vital social inclusion activities, peer support groups, and employability programmes. The housing project was the missing link in MRI’s holistic approach to integration and we are thrilled that the first safe house has finally opened in the UK”.

Maria added: “The first thing I did when I arrived at MRI’s LGBT+ safe house was crying of relief. I then unpacked my dresses and high heel shoes. I had not been able to even look at them for months”.

Moud Goba, MRI’s Housing Project Manager, said: “Maria claimed asylum over a year ago and is still waiting for a decision. Rashid had his asylum interview two weeks ago; he waited more than a year before he was given a date for his asylum application. They still have a tough process to go through, but they don’t have to worry about where to sleep anymore or being hurt at home. In MRI, they have found someone who will go through the asylum journey with them”.

Robert Powell, Head of Pro Bono & CSR at Weil, added: “Providing pro bono legal advice to MRI on this truly pioneering project has been a joyful experience. It’s given our lawyers intellectually stimulating work with a real tangible and positive social outcome in providing a safe place to stay for LGBT+ refugees. We look forward to helping MRI open more safe houses in 2018.”

The first house has space for four people. A second safe house has been secured and is due to open in December 2017 and it is planned to open several more in 2018. MRI plans to provide safe housing to over 150 LGBT+ asylum seekers and refugees by 2019.