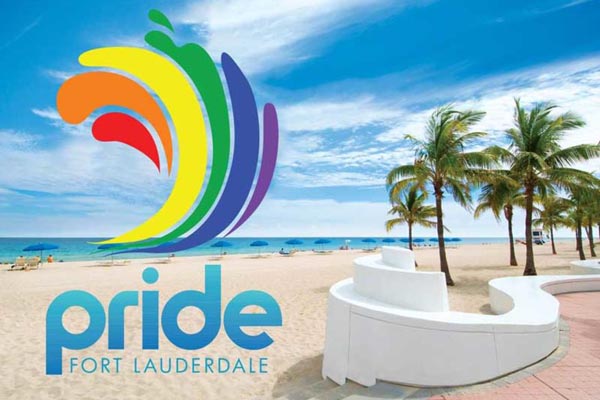 Eyewitness to the historic 1969 Stonewall Riots to be honoured during Fort Lauderdale Pride in February.

One of the grand marshals will be Miss Major Griffin-Gracy, a transgender activist who has been at the forefront of the fight for equality for more than 40 years. She was front and center during the police raid at the infamous Stonewall riots in 1969, became an advocate for prisoner’s rights through the 70s and 80s, and, after a move to San Francisco in the 90s, began working closely with the HIV/AIDS communities.

And in a new documentary Major!, premiering at the Inside Out festival, filmmaker Annalise Ophelian tracks Gracy’s current work for trans people of colour through the TGI Justice Project, which advocates for transgender women of colour who have been through the U.S. prison system.

More than 120,000 visitors from the USA and beyond are expected at the 42nd annual Pride Fort Lauderdale festival, which opens on Thursday, February 21 through Sunday, February 24.

The festival includes world-renowned entertainers on TWO stages, more than 100 local and national exhibitors, a food court, and of course, the world-class beaches of Fort Lauderdale.

This year’s entertainment line-up includes American Idol fan favorite Ada Vox who made history as the first drag queen to advance to the final 10 contestants, and singer, choreographer, YouTube personality, American Idol veteran and popular guest judge on RuPaul’s Drag Race, Toderick Hall. The celebrations will conclude at 7:45 p.m. with a stunning fireworks display on the beach.

The sights and sounds of the Caribbean and Brazil will come alive throughout the festival as the 2019 Carnaval theme pays tribute to the diverse ethnic communities that call Greater Fort Lauderdale home and to the Mardi Gras/Carnaval season.

Admission is FREE for the main events on Fort Lauderdale Beach and all proceeds raised will go toward funding LGBT+ youth scholarships and local community organisers.

For more information about Fort Lauderdale Pride 2019 and to view the full schedule of events, view: www.pridefortlauderdale.org/.

Since then, the destination has continued to break down barriers and facilitate essential visibility for the wider LGBT+ community at large. The destination now welcomes 1.5 million LGBT+ travellers annually, who spend $1.5 billion.

Fort Lauderdale also features one of the largest Pride Centers in the country, the first and only World AIDS Museum and Education Center, and is home to the Stonewall National Museum & Archives, one of the only permanent spaces in the USA devoted to exhibitions relating to LGBT+ history and culture. Most recently, Greater Fort Lauderdale opened the areas first LGBT+ Visitors Center in Wilton Manors home to one of the worlds only LGBT shopping malls.

For more information about what Fort Lauderdale offers the LGBT+ traveller, click here: