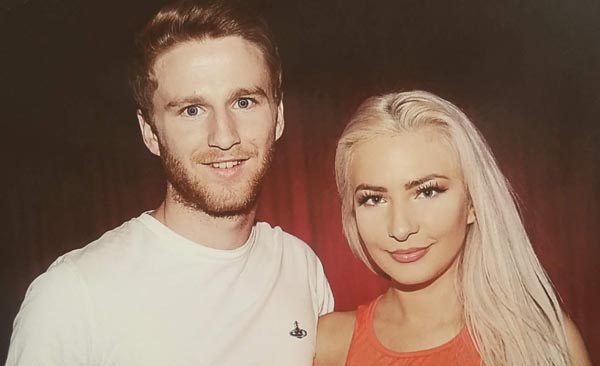 On Monday, Laura and Eunan won the right to have their ceremony recognised through an order of the Court of Appeal. The decision followed on from a High Court ruling earlier this month that gave legal recognition to humanist marriages, a decision which has been appealed by Northern Ireland’s Attorney General, General Register Office, and Department of Finance. Humanists UK and its section Northern Ireland Humanists are supporting their case.

Model and public speaker Laura and Leeds United and Republic of Ireland midfielder Eunan’s wedding is the first legal humanist ceremony in Northern Ireland and the first in the UK outside of Scotland.

Andrew Copson, Humanists UK’s Chief Executive, present at the wedding, said: “Laura and Eunan’s wedding epitomises what marriages should be all about: beautiful, hand-crafted occasions that match perfectly to the deepest beliefs and values. It has been a lovely occasion that has been a joy for all in attendance. We hope it proves to be the first of many such legal humanist ceremonies.”

About the legal case
Laura and Eunan’s case is being taken on human rights grounds, targeting the discriminatory law that has meant that religious people are able to have legal marriage ceremonies in line with their beliefs, but humanists have, until now, not been able to do likewise.

While the decision on Monday means that they have now had a legal humanist ceremony, the wider question as to the future recognition of other humanist marriages in Northern Ireland has been stayed until a further Court of Appeal hearing on September 11. The High Court found on the June 9 that the ban on such marriages having recognition is discriminatory. This decision has not been overturned, but will be subject to the further hearing. Other couples will have to wait for the outcome of the case before finding out if they can have a similar ceremony.