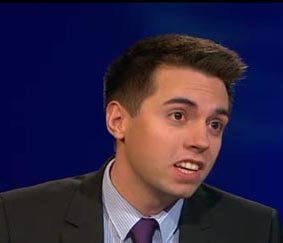 The Equality Network, the Scottish LGBT equality charity, are urging supporters to grab the last chance to speak up for LGBT equality as the public consultation on Scotland’s equal marriage bill will close on Wednesday, March 20 at 5pm.

Following the consultation the Scottish Government will make any changes to their proposals before introducing a final version of the Marriage and Civil Partnership (Scotland) Bill to the Scottish Parliament in the summer.

The Equality Network point out that as well as preventing setbacks to LGBT equality, responding to the consultation also offers people the chance to voice whether the draft proposals could be improved. The Equality Network say that in particular they are working to lift the ban on mixed-sex civil partnership and improve the Gender Recognition process for transgender people amongst other changes they would like to see made.

“With time running out it is vital that we encourage people to speak up for LGBT equality by responding to the consultation on Scotland’s equal marriage bill. Opponents of LGBT equality are running a very well-funded campaign to block same-sex marriage and roll back LGBT equality in other areas. If people want a progressive bill that stands up for equality it is crucial that they make their voice heard now.”