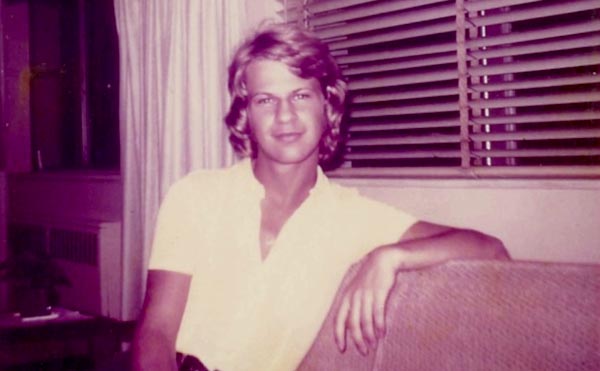 Killing Patient Zero, is a documentary about the origins of the AIDS epidemic and the story of Gaetan Dugas, the man who was incorrectly accused of starting it all.

WRITTEN and directed by Laurie Lynd and based on Richard McKay’s ground-breaking book, Patient Zero and the Making of the AIDS Epidemic – the film will have its world premiere as a Special Presentation at Hot Docs 2019 which runs from April 25 to May 5 in Toronto, Canada.

In the 1970s, Quebecois flight attendant Gaetan Dugas was one of the first 57 AIDS cases reported to the Center for Disease Control (the CDC) in Atlanta.

Unlike the other men on their radar at the time, Dugas, an openly and unashamedly gay man, was able to provide the names of 72 of his former sex partners.  In so doing, he landed in the middle of the CDC’s famous Cluster Study, where, as Patient O (the letter, ‘O’ for ‘Out of California’) he was incorrectly referred to as Patient 0 (zero)- and wrongly accused as being the source of the US outbreak, thanks to San Francisco Chronicle journalist, Randy Shilts’ ground-breaking 1987 book on the AIDS epidemic, And The Band Played On. In Shilts’ work, Dugas comes across as a psychopath, willfully infecting other gay men.

In researching for the film, Director Laurie Lynd conducted 40 interviews with friends and colleagues of both Dugas and Shilts (including Michael Denneny, the late journalist’s long-time editor and publisher of And the Band Played On, about the responsibility of advancing the Patient Zero story), doctors who were on the front lines of the emerging epidemic (who are characters in And the Band Played On), as well as epidemiological biologist Michael Worobey whose re-examination of an old CDC sample of Dugas’ blood that produced startling and irrefutable results.

For the film, Lynd also interviewed men and women who lived through that terrible time, most notably, Fran Lebowitz.

Lynd said: “It has been a privilege to tell the story of Gaetan Dugas. In clearing his name, Killing Patient Zero exposes the virulent homophobia rampant during the worst of the HIV/AIDS crisis.

“As author of ‘And the Band Played On’, Randy Shilts, said over and over, the AIDS epidemic was allowed to happen because it initially seemed “only” to affect gay men.

“I hope Killing Patient Zero will help us remember the cost of such prejudice. As a filmmaker I am deeply grateful to my interview subjects, all of whom spoke to me with remarkable candour. This film is a tribute to them and to all those whose lives have been touched by HIV/AIDS.”

Producer Corey Russell added; “I’ve always thought the story of Patient Zero represented so much about truths in popular culture. It is one of the great travesties of the last century. We shame those who challenge our norms and then look for scapegoats when the truth becomes too difficult to manage.”

Killing Patient Zero is a Fadoo Production made in association with Fine Point Films and with participation from Kew Media Distribution, Ontario Creates, Hollywood Suite and OutTV.