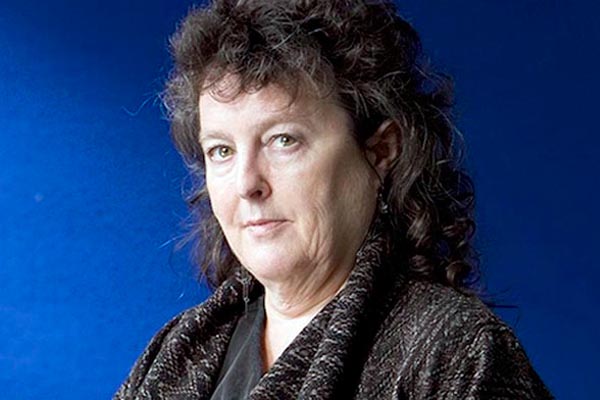 What do you think of when I say Poetry? Boring, right? Wrong.

With rising instagram poets and inspirational styles like Spoken word emerging, the world of literary music that is poetry is reemerging as the next wave of art in the twenty first century.

And who is at the front of this? We are.

Rupi Kaur is a perfect example of the rock star poet our generation has created. Easily the breakout poet of the year, the celebrity poet has taken the world by storm with her striking, exciting new style of poetry- free verse. Her work reflects the strongest voice of feminism and breaths new light on the subject of what a woman is in the modern day. She is the centre of a strong wave of young poets in the digital age, with 1.7 million followers on Instagram.

Recently she released her long-awaited second collection the sun and her flowers (October 3 2017), to much acclaim. The mini series, as though it were, depicts the life of a woman in such a profound way; the life cycle of a flower wilting, falling, rooting, rising, blooming, naming each chapter and acting as the perfect metaphor. The collection eases its way into the reader’s conscious with the first chapter: wilting which simply depicts the love and sacrifice of a mother. All of the poems seem to divorce themselves from the traditional form of poetry, abandoning a title and instead drifting into the reader’s thoughts and grasping at their very heartstrings, unlocking a deep emotional connection to the words. Throughout this collection in particular, she has found a way of turning the reader into the narrator of the poem, and delicately forces them to empathise with their own experiences.

Although her unusual free verse format has been widely disputed, even as far as having The Guardian publish an article discrediting her style, as a young poet myself I found her work freeing and expressive – much like a spoken word performance her art seems to bare her soul and leaves an honest aftertaste. It is clear, in this collection, that Kaur has developed her art into something more than just words. She has found a way to pull you in, no matter who you are or where you’re from. And after all, isn’t this what ever poet strives for?

Undoubtedly poets are becoming rockstars. And where do rockstars perform? Festivals.

On the 18th of November, Brighton will open its heart and the world’s, in the first festival to celebrate the art. The Old Market will play host to the Glastonbury of poetry, chock full of talent- veterans and fresh new poets alike. Among the headlining stars are first female Laureate Carol Ann Duffy, Professional Punk Attila the Stockbroker and Slam poetry promoters Hammer and Tongue. Featuring a slam poetry competition extravaganza, performances from Brighton’s very own university students and the reveal of results from the competition, the festival promises to be unmissable.

With her anticipated visit to Brighton’s poetry festival, I thought it only fair that we become acquainted with the poet mogul and delve right into the heart of her through her own words.

Renowned both in and outside the lgbt+ communities, the first female (and openly gay) poet laureate Carol Ann Duffy has held a special place in many poet’s hearts for at least forty four years.

A Scottish native, Duffy has seen her words published (as poems and journalistic pieces) in the likes of The Guardian and Ambit. Most notoriously she favours tackling subjects of love, loss, memories, and the female perspective, circulating such themes In a tone of dream-like fantasy. With this quality, her work is more than simply a string of words and formatting- it’s art. When viewing her poems, it seems they take a hold of your very soul, pull it out of your chest and show it back to you; her words become an echo of your own. Simply reading the pieces before you becomes a much more enchanting prospect; you’re not just looking at words, you’re entering an intimate conversation with the poet herself, you’re being invited took look at her life through a fogged lense. Her poem hour springs to mind as one of this tortured beauty and nostalgia. Her careful depiction of a vague memory through the metaphor of gold and time, perfectly encapsulates her honesty and vulnerability – a trait we all share. Much of the poem takes place in a dreamscape, thus drags the reader in much like a film or book. After all, we all lean towards that which takes us outside of a normal lives.

Personally, I first encountered her masterpieces when they were slung on the table in front of me in English class (as I’m sure many young poets would recall). They were to be dissected ; a limp body of work for analysing. The groan of my like-minded classmates perfectly encapsulated the attitudes many young audiences have towards poetry- “do we have  to read it?”. Reluctantly we opened our anthology to a page entitled Quick draw. In agony, Duffy had been shot with bitter memories of a former partner’s wrong-doings. Every fibre of the piece, even down to its physical form (words manipulated to reflect a gun) projected her hurt. Her words oozed pain.

Despite being introduced in such an impolite manner, her stories resonated with the young budding artist inside me. Through her older works such as Standing female nudes to newer collections: Wenceslas: A Christmas Poem Duffy has kept connected to her audience; her work is still relevant. The previous centres on a poor women, driven to humiliation to make a petty wage. Rife with sarcasm and a more comedic tone, Duffy still manages to hammer home her message – a divide between classes.

Whether she chose a dream-like tone or one of sarcasm, Duffy cements her appeal to audience a plenty. And even if I wasn’t a fan, I (like many) am gladly anticipating what she’ll produce next and look forward to seeing her work at the upcoming poetry festival.

Also headlining the event are poetry promotional crew Hammer and Tongue. The group are the Sony or Warner of Spoken word and Freestyle. “what word and what?” I hear you say. Well..

Spoken word is a curious genre. Surely anything vocalised is spoken- conversations, stories, speeches, the mummer of your own ramblings as you ask yourself what to eat for dinner? So what actually defines this spoken word as art? Enter Gramski.

The Brighton lad is rising in the world of rap and spoken word. His freestyle and original approach to poetry has captured many an audience, and with his promotional crew “Hammer and Tongue” featuring in the Poetry festival, I thought it’d be the perfect time to get acquainted with the spoken wordsmith.

From his beginnings as a freestyle MC aged just 18 to his work with The Spoken Heard, spitting bars at the Concorde during the explosive Poets vs MCs and even an appearance at Glastonbury (2015), Gramski has kept the art of Slam poetry fresh and evoking.

Describing himself as hybrid of poet and rapper, his piece MC in particular perfectly blurs the lines between the two. Throughout, the piece is constructed by only using words beginning with M and C; first suggested by Gramski himself as “a real MC should be able to write a rap with just the letters and C”.

Those of us lucky enough to see the performer in person at his recent workshop with BIMM (on October 27) were in awe of his control of words, and intuitive style. His manipulation of sound and speech left the audience in a roar of inspired excitement.

Check out his performances of Opera meets hip hop, and widely challenged British girl in Bangkok on his YouTube channel or his upcoming live performance Raise the bar at Patterns in Brighton. And catch his crew Hammer and Tongue at the poetry festival this month.

So what would you think now, if i were to say poetry?

With all of these rockstars, it is clear that poetry is being reincarnated as the next coolest thing in the art world. Finally. And whether you’re a new found lover of poetry, Shakespeare aficionado, acrostic amateur or just creatively curious the festival will certainly be one to watch.

I know I will definitely be in attendance, and am currently shaking with anticipation like an eager school girl at a rock concert, until the day of the 18th.

Where: The Old Market, 11a Upper Market Street, Hove