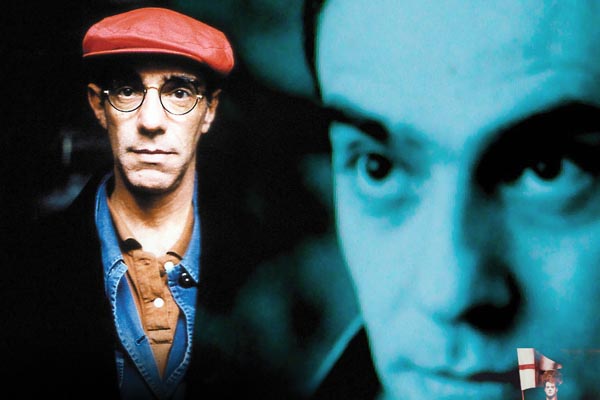 ANNIVERSARIES can be peculiar events. Is it ever clear what exactly we’re remembering or commemorating? In the case of a death are we reminding ourselves of the loss we feel? In which case is the anniversary very much about the self? Or do we genuinely commemorate the life, although gone, once magnificently lived?

I’ve railed a little recently at the new social media phenomenon of celebrating a birthday as though the individual were still living. The most recent example being the flurry of Freddie Mercury related tweets and posts along the lines of ‘on this his 72nd birthday’.  He’s not 72. He is dead and his life stopped when he was 45, one year younger than I am today. This may seem a churlish reaction to what’s essentially a celebratory remembrance, but to my mind it’s far more of an accolade to consider that achieved in a life cut short and their impact on the world when we’re still talking about them all this time later.

Derek Jarman, artist, film-maker, writer, cinematographer, gardener, and all round creative visionary, died from a range of AIDS related illnesses almost 25 years ago. He was publicly open about his HIV positive diagnosis in December 1986 and regularly spoke of the challenges he faced with HIV/AIDS in the print, radio and television media.

He outed himself at every opportunity and took charge of how his illnesses would be reported through candid and lengthy interviews perhaps seeing how the press treated those suffering in secret. Take for example the aforementioned Mercury whose imminent biopic is now celebrated by the very tabloid media that in 1991 hunted then hounded him in his dying weeks. Jarman would have seen this, and other examples besides, and perhaps therefore owned how his own story would be told and when.

In an interview given to The Independent on the eve of the release of his final film, Blue in summer 1993, he laughed off the idea of living with AIDS stating, “I am not living with AIDS, I am dying”, describing himself as an AIDS ruin. He spoke of the challenges of repeated hospital stays, of battles with pneumonia and imminent blindness. Of spending every morning and evening on a drip and of the toxicity absorbed from the medication prolonging his life, the rashes, the bleeding, sickness, anorexia to name a handful.

The truth was brutal, but this brutality of life in Britain, and then of a life lived whilst knowing death was imminent, was central to all of his creative work. A body of work soaked in his experiences as a homosexual man in 1970s, 1980s and early 1990s Britain.

Blue isn’t an easy film to watch. Broadcast on a Channel 4 that then mattered, some six months before his death, the constant blue screen, the only visual, suggests the eternal void and the block of colour seen only by the blind.

It encourages or forces the viewer to engage as a listener and its narrative delivered by his most regular and perhaps favoured collaborators. Its heart is text that is as beautiful as it is bleak and challenging, moving from descriptions of hospital procedures for a child to fantastical journeys through “mirrors that reflect each of your betrayals”.

Perhaps most arresting is the seemingly more pedestrian walk “along the beach in a howling gale,” whereupon “in the roaring waters I hear the voices of dead friends”, echoed in one of his final interviews describing his loneliness aged 51 feeling as though he were 80 because he was missing all of his dead friends.

Following his diagnosis, Jarman bought a small house on the beach in Dungeness – a wild pocket of coastline in the shadow of a nuclear power station. Here he set upon growing an exquisite garden in amongst the deep shingle and bitter salt air where little would have been thought to survive. He nourished the earth with rich composts he had brought in and tended to each plant daily, teasing and encouraging life and colour in equal measure.

The project, which he in turn wrote and spoke of regularly, became a symbol of his HIV positive and then AIDS life. An outlook that is bleak and without warmth but that buried deep within the battered shingle is everything needed to live and create if only someone could care. It’s a garden and visitors’ centre that survives today, a symbolic legacy for an HIV positive community that now survives but is forever vulnerable if abandoned.

As a film-maker, Jarman’s most prolific period mirrored the decline in his physiological health. From The Angelic Conversation, voiced by Judi Dench in 1985, through to Blue in 1993, his work is often now described as a commentary on a Conservative led Britain in the late 1980s most notably The Last of England with Tilda Swinton in 1987, a film which embodies despair and hopelessness.

By the time of his adaptation of Christopher Marlowe’s Elizabethan play Edward II, Jarman was seriously unwell and both the historical story and homosexual undertones of the original play are made explicit and painful in his film. There is both beauty and sorrow in the two men locked in a slow dance embrace to Annie Lennox singing the Cole Porter standard Ev’ry Time We Say Goodbye, a song she had recorded for the HIV/AIDS fundraising collection Red Hot & Blue. Jarman, not allowing life to imitate art but to become it at every opportunity.

Jarman is a member of our broadening communities to which we owe a great deal. His challenge to the status quo as an artist meant that he was not a commercial juggernaut and labelled throughout his life as avant-garde which kept his work under the radar for the majority of the cinema going public.

But it’s often the work on the fringes that ultimately stretches the brackets of the mainstream. Although at an initial glance they seem unrelated, without Jarman’s Edward II there cannot be a Tom Hanks led Philadelphia two years later and, if this seems a flighty comparison, there is no This Is England without Jarman’s embryonic film some 20 years before. One informs the other. As an individual who publicly lived and died as a result of HIV/AIDS, he began a one-man demystification and almost normalisation of the syndrome and he repeatedly demonstrated what it truly meant to not be afraid.

In the Morrissey penned lyrics to the two-song soundtrack for a 13-minute film he created with The Smiths, The Queen is Dead, Jarman, the queen, may indeed be dead but there is a light that never goes out.