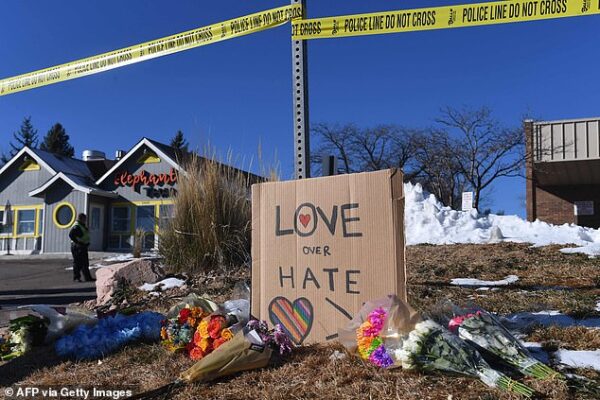 The father of Anderson Lee Aldrich – accused of murdering five people and injuring at least 18 others in a mass shooting at Club Q LGBTQ+ venue at Colorado, USA – has said his first concern was that they were gay when he heard the news.

“They started telling me about the incident, a shooting involving multiple people,” Brink, who goes by the stage name Dick Delaware, told CBS 8.

Aldrich’s father went on to say that being gay did not align with their religious values.

In court documents filed on Tuesday, lawyers for Aldrich, who changed their name from Nicholas Franklin Brink in 2016 to escape their father’s past, said Aldrich identifies as non-binary.

‘They use, they/them pronouns,’ the court filings read.

Aldrich opened fire at Club Q shortly before midnight on November 19 before they was subdued by two bystanders.

In a Facebook post, Club Q said: “Club Q is devastated by the senseless attack on our community.

“Our prays and thoughts are with all the victims and their families and friends.

“We thank the quick reactions of heroic customers that subdued the gunman and ended this hate attack.”