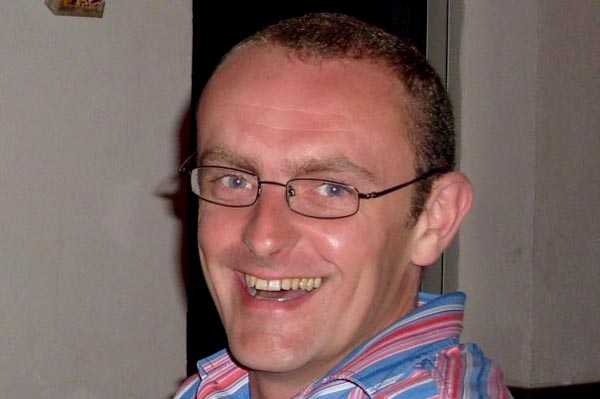 Back in the early part of 2004, in the bad old days of Gaydar, I was innocently surfing around when a young Irishman popped his head over the parapet and said Hi.

HE turned out to be one of life’s exceptional men, although I didn’t know that at the time. Some weeks later we met, in Dublin, he lived in Galway and he cheekily bought himself a ticket to come to Brighton, not knowing how well we would get on. If it hadn’t gone well he would have simply thrown the ticket away. He liked Brighton and so after a few months moved over to live with me.

Michael Wall was quite simply one of life’s brightest, charming, intelligent and wonderful people anyone could wish for. We fell hopelessly in love, eventually, and settled into domestic bliss. We got Civil Partnered in 2006 and upgraded to marriage in 2014, happiness forever.

Some years later he was diagnosed with clinical depression and anxiety, as a result of childhood abuse and professional homophobia.  Over the next few years he became very anxious and depressed but we continued with our very happy and almost idyllic life and were managing his condition – changing jobs a few times while developing some skills that were very much in demand. But during the past few years his illness did not improve and he started drinking, this is the classic self medication a lot of depressed people take.

In June 2019, he felt the need for a rest and decided to take a few months off from the most perfect job he had ever had. Everything seemed to be fine but over the course of one weekend he drank a lot, this resulted in many visits to hospital but usually coming home with a reasonable clean bill of health.

On Thursday August  8, 2019 he felt quite ill and collapsed in my arms suffering from a cardiac arrest, his heart had simply stopped and he died. He was just 44 and in the standard clichés of these things still had the best part of his and our life ahead.

Living with a lover with depression is very challenging but loving him as much as I do this really didn’t matter and we coped quite well.  His sudden death has turned the light out in my life, he will always be with me in our home and moreover in my heart.

To say that I will miss him is the most ridiculous understatement possible, my world has been destroyed and that is not too dramatic. Of course my life will go on, quite how and why is difficult to say. We are not religious at all but I like to think that one day, who knows, I maybe with him again. So this is farewell my darling but I will never say goodbye.

Michael has been a regular Gscene columnist for the last eleven years.