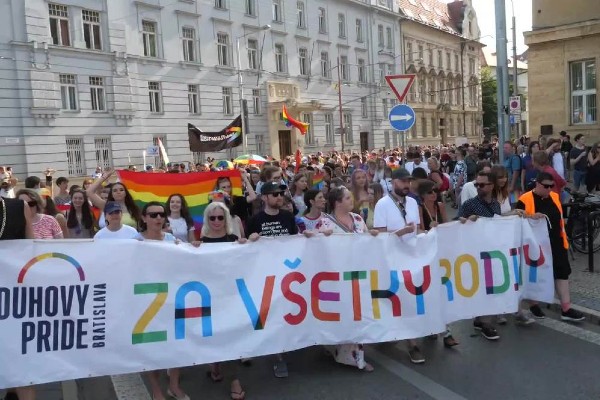 In a report published on December 8, the European Commission against Racism and Intolerance (ECRI), of the Council of Europe, has urged the Slovak Republic to improve education access for the country’s Roma population and to develop policies which protect the LGBTQ+ community from discrimination and violence. The report contains 15 recommendations to Slovakian authorities, however protection of the LGBTQ+ community and Roma population have been highlighted as the main priorities.

Since the ECRI’s last national report in 2014, considerable progress has been made in certain areas; there has been an increase in budget for the National Centre for Human Rights, and a plan to combat racism was adopted. Criminal code provisions on hate crimes have been strengthened, however the ECRI found there has been an increase in hostility towards the LGBTQ+ community in recent years, particularly as a result of anti-LGBTQ+ political rhetoric. The country’s current president, Zuzana Čaputová, is known to be LGBTQ+ friendly, however a draft action plan to improve the situation for Slovakia’s queer community was dismissed in 2015, and since then there has been no further developments.

The ECRI has recommended the re-development of an action plan to improve LGBTQ+ equality and protect the community from hate crimes. It has also advocated for the eradication of a practice which forces trans people to undergo sterilisation in order to legally change their name and registered gender; it has no legal basis in Slovak law and opposes laws in the European Court of Human Rights, but is nonetheless a common practice in the region.

Other recommendations made in the report include strengthening the independence of the Slovak National Centre for Human Rights, taking action against the discrimination of Roma women in obstetrics departments at hospital, and establishing an independent committee of inquiry to investigate the past practice of sterilising Roma women without free and informed consent.