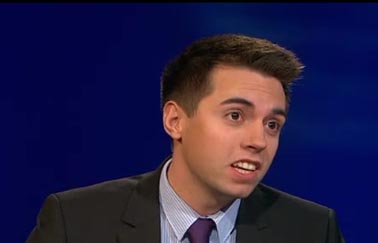 The Equality Network, the lesbian, gay, bisexual and transgender (LGBT) equality charity that runs the Equal Marriage campaign in Scotland has issued a warning in response to the latest press release from Scotland for Marriage.

Responding to the claims made by Scotland for Marriage, the Equality Network point out that the proposed equal marriage legislation will increase religious freedom by allowing religious groups to choose whether or not to conduct same-sex marriages.

The Marriage and Civil Partnership (Scotland) Bill also includes a guarantee protecting free speech and makes no changes that will affect education or employment.

“Anti-gay campaigners will no doubt spend a lot of money on misinformation and scare tactics, but the large majority of people across Scotland support same-sex marriage. This legislation will deliver equality and increase religious freedom, and that is why most MSPs and many religious people support it.”

On Tuesday, February 5,  Westminster MPs are expected to vote by an overwhelming majority in favour of same-sex marriage for England and Wales when the Marriage (Same Sex Couples) Bill has its Second Reading in the House of Commons.

The Scottish Government is currently running a public consultation on the Marriage and Civil Partnership (Scotland) Bill, which will legalise same-sex marriage in Scotland. The consultation closes on Wednesday March 20 and a final version of the bill is expected to be introduced to the Scottish Parliament in summer 2013.

Opinion polls have shown consistent public support for same-sex marriage across Scotland. The most recent poll in Scotland was conducted in June by Ipsos MORI. It showed record support with 64% of Scots in favour of a change in the law, and just 26% opposed.

Separate polls conducted over the past three years by ICM, Populus, YouGov, Angus Reid, and the Scottish Social Attitudes Survey, have all shown similar levels of support.

Two-thirds of MSPs have now signed the Equality Network’s Equal Marriage Pledge committing themselves to voting in favour of same-sex marriage. Signatories include First Minister Alex Salmond, all Cabinet Ministers, and the leaders of all four opposition parties. Whilst 87 MSPs have now said they will vote in favour, just 10 remain publicly opposed.

Most countries around Scotland already have same-sex marriage, including Iceland, Norway, Sweden, the Netherlands, Denmark, Belgium, Spain and Portugal. The French Government have pledged to bring forward legislation soon.