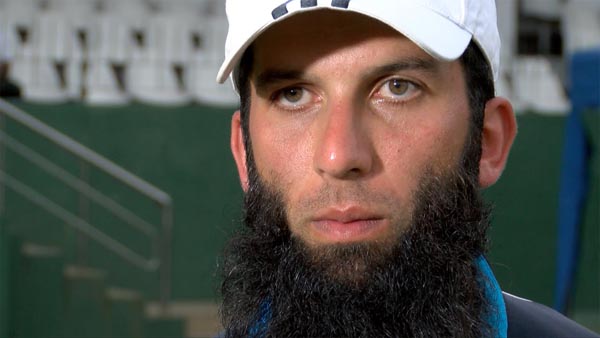 “We must end this brutal conflict once and for all” – England cricketer, Moeen Ali.

Islamic Relief has released a hard-hitting video of England cricket legend, Moeen Ali, calling on politicians to “stop the killing, stop the power games and get serious about negotiating peace”.

Following the dramatic escalation in violence in Aleppo over the last two days which saw a hospital and a blood bank hit, Islamic Relief is calling for an immediate end to the latest hostilities to allow the distribution of humanitarian aid to resume.

Hundreds have died in the past month of the five-year conflict that has already seen over 400,000 deaths, even before the current escalation in fighting.

The 275,000 civilians still trapped in Eastern Aleppo are facing human suffering on unprecedented levels as fighting and air strikes destroy what little is left of the city.

Islamic Relief’s UK Director, Imran Madden, said: “There is not a day to waste because Aleppo is under daily bombardment and every day costs more innocent lives. The dramatic escalation of violence being seen in Aleppo means continued suffering for those still trapped in the city. Civilians are not being afforded the protection by all sides that international law demands.

“Islamic Relief was providing aid and assistance in the area but our operations in Eastern Aleppo have been suspended because of the siege and recent bombardments. We need the fighting to stop so we can reach the 275,000 people trapped there who urgently need humanitarian aid. The only real solution which can see an end to this war is a political one and all politicians must get round the table now: not tomorrow or next week or next year”.

Islamic Relief are calling on their supporters to contact their MP today to urge our politicians to call for an emergency debate on Aleppo in the UK and at the United Nations to save lives.

Aleppo continues to face daily bombardment, despite the false promises of fragile cease fires. Over a quarter of a million people remain trapped inside East Aleppo with no access to humanitarian aid. Food and medical supplies are almost gone and more lives are lost every day the conflict continues.

Islamic Relief has over 270 staff and 300 volunteers supporting those affected by the Syrian crisis across Syria, Jordan, Lebanon and Iraq.

They have reached nearly 1 million people this year inside Syria and have assisted over 6.5 million Syrians in the region since the crisis began. Until the middle of the year, they were delivering aid inside Aleppo, and are poised to do so again as soon as they can gain safe access.