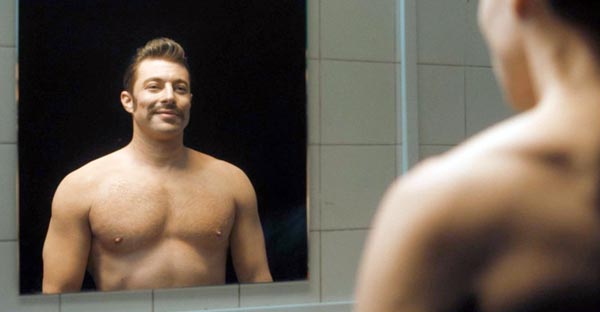 Boyband and Hollyoaks star Duncan James stars in the new film from up and coming filmmaker and trans activist Jake Graf.

The film will have its world premiere at the East End Film Festival in London as part of the New Queer Visions strand this Saturday, June 17 at the Rio, Dalston.

Jake Graf, cast and crew will be present for a Q&A after the screening.

DUSK is the new short drama written and directed by Jake Graf with a stunning cast including Duncan James, (Chicago, Legally Blonde, Hollyoaks), Victoria Emslie, (The Danish Girl, Downton Abbey, The Theory Of Everything), and US model and actor Elliott Sailors  (Spectrum), and crew including award winning cinematographer Lorenzo Levrini and award winning composer Justine Barker.

It is the second in a trilogy following on from the internationally acclaimed DAWN (https://vimeo.com/153231890).

The short film is told through flashbacks over several decades of our protagonist ‘Chris’ lifetime, exploring how the choices we make can change our lives fundamentally.