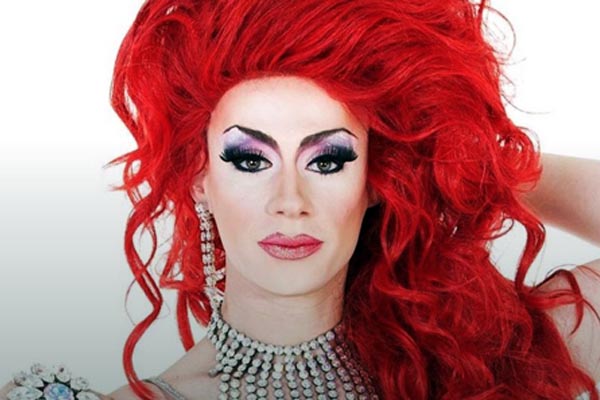 The event, hosted by Mancunian drag superstar Divina de Campo, will be held at Z-Arts in Hulme, Manchester on Saturday, December 16, 2017.

The aim of the event, which is tailored towards 4 to 10 year olds, is to challenge intolerance and homophobia by capturing the imagination of the city’s children with stories that appeal to their enquiring, playful and fun natures. It will feature live storytelling with Divina and a silent disco.

​T​he stories will focus on conventional fairytales, as well as feminist fairytales and gender fluid novels.  They will explore ideas of uniqueness and individuality through The Tale Of The Lonely Snowflake as Divina entertains the young ones with her story-telling prowess before inviting everyone to show off their disco moves on the dance-floor.

Tom Canham from Drag Queen Story Time, said: “The thought behind this is that intolerance, homophobia, and other negative thought patterns, are all learnt behaviours.

DQST aims to challenge these negative views at a young age. Instead, providing an alternative view of acceptance and tolerance; all within an educational environment.

Tom continued: “The aim of DQST is to capture the imagination and fun of the gender fluidity of childhood, while giving children a glamorous, positive, and unabashedly queer role model. DQST provides spaces in which kids are able to see people who defy rigid gender restrictions and allow them to imagine a world in which people can present as they wish. Where dress up is real. Drag Queen Story Time is where fairytales come to life. Presented by real Queens.”

The DQST project has already hosted successful inclusive events in Bristol and London and provides rare spaces where kids are able to enjoy the company of entertainers who defy gender restrictions. DQST is where fairytales come to life!

Mark Fletcher, chief executive for Manchester Pride, said: “DQST is a fantastic and hugely relevant event and I am delighted that Superbia is able to support it coming to Manchester. It provides a really unique way of tackling prejudices and homophobia and presenting acceptance and differences to children in a way that they will find hugely engaging.”

Tom Canham from Drag Queen Story Time, continued: “Manchester is one of the world’s leading gay-friendly cities. With a thriving LGBT scene, home to one of the largest Pride events in the UK, Manchester is a beacon of celebration in the UK. It is this spirit of inclusion, and tolerance, that drew DQST’s attention to the Manchester area. Enriched in LGBT history, with iconic TV shows making use of Manchester as a backdrop, the city has always been at the forefront of Queer Culture and Queer History in the UK. DQST is proud to become a part of this culture, with Manchester being a natural home for the promotion of acceptance and tolerance for a whole new generation.”