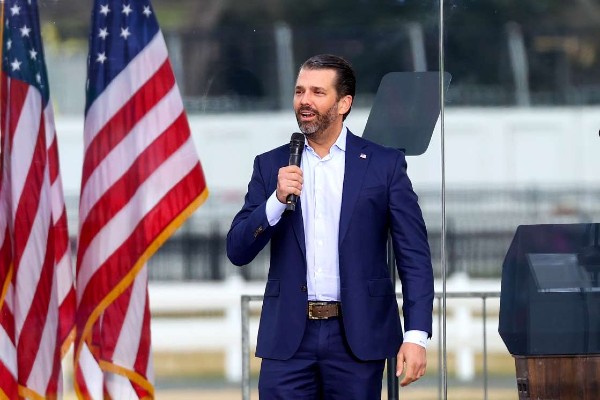 Donald Trump Jr. heavily criticised transgender athletes in a speech at a pro-Trump rally, held hours before riots broke out in Washington DC on Wednesday January 6. According to NBC News, Trump Jr. referenced a recent study that suggested trans women retain an athletic advantage over their cisgender peers even after a year of hormone treatment, following extensive national debates on the rights of trans women to participate in competitive sporting leagues.

He also criticised the US government for donating “$10 million to Pakistan on gender studies … and billions elsewhere that is driven by the insanity of the left.” Rodrigo Heng-Lehtinen, deputy executive director for the National Center for Transgender Equality, said Trump Jr.’s comments were “another desperate attempt to cling to power by villainizing others.”

He added: “Transgender people live in every state, in every community in this country. We are neighbors, friends and family,” he said. “But the extremists in power scapegoat transgender people, along with other marginalized people, to distract us from their failure to govern effectively. They attack rather than lead. That’s why voters overwhelmingly chose a new direction, toward a government where we honour each other’s humanity.”