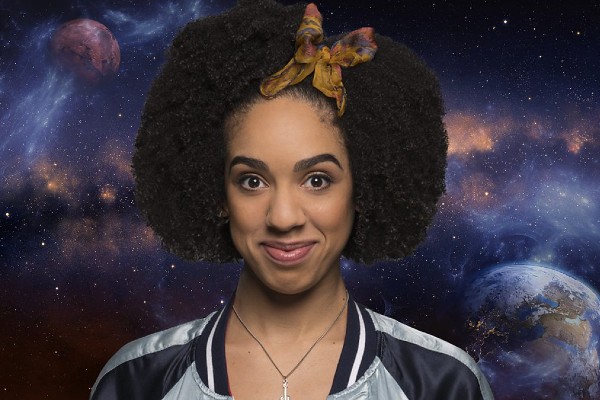 Pearl Mackie, the out bisexual actor who starred as Bill Potts alongside Peter Capaldi in the tenth series of Doctor Who, spoke out on the importance of LGBTQ+ representation in the media.  In an interview with Digital Spy, Mackie reflected on playing the first gay sidekick in the TV show: “It all feels like a bit of a whirlwind for me, because it was such a huge thing for me at the time. Getting the job and being catapulted into this amazing world and this huge fandom, and also opening up this whole world of LGBTQ+ fandom that had been there in the Doctor Who community but hadn’t had, apart from Captain Jack, like a solid companion to channel and represent them essentially.”

She said she had spoken to fans who told her how important Bill Potts had been in helping them accept their identity: “I’ve met a lot of people to whom Bill was a huge catalyst in enabling them to come out to their families, which is something that you never really think as an actor you ever have any kind of impact on someone’s life on that scale. It is phenomenal the amount of people who have told me that without Bill they wouldn’t have been able to come out to their family. Without seeing someone that they identified with on a show that they loved, they wouldn’t have felt comfortable enough in themselves to be able to tell their own story…I do feel like Bill was very important to a lot of people which is amazing.”

Mackie came out as bisexual in 2020 – three years after the show aired – and said it’s vital for LGBTQ+ youth to see authentic queer characters in film and TV: “That is why representation is important…For me, I think it’s a huge example of why it is important to keep telling LGBTQ+ stories, especially women of colour telling these stories as well because there aren’t enough of those out in the world at all.”