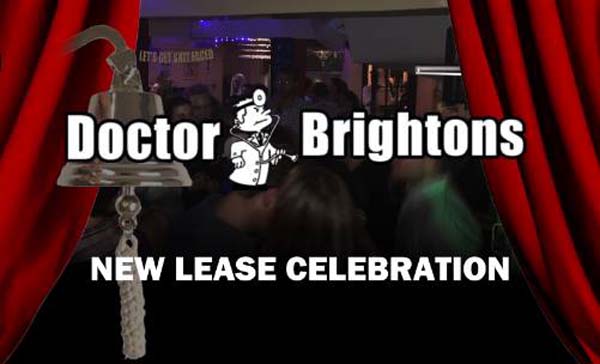 PLANS for a closing party tonight (July 14) at Doctor Brightons, announced after their Brewery decided not to renew the lease they held for the building with Brighton & Hove City Council, are going ahead, but instead they will be celebrating the news the bar will remain trading and in the hands of Golden Handbag Landlord of the Year, Charles Child for the next fifteen years.

After a competitive public tender process the Council have granted a new 15 year lease to the current  Landlord, Charles Child to allow him to keep trading from the Iconic building on Brighton Seafront.

Doctor Brightons will be celebrating with a mega party tonight hosted by Stephanie Starlet.

Expect DJ sets from Adam Rice, Nick Hirst, Kai Gittos and Tony Button, as well as Josh the Barber who will be joining bar staff, door staff, Wayne Durant and owner Charles Childs who promises a party to remember starting from 8pm to 3am in the morning.