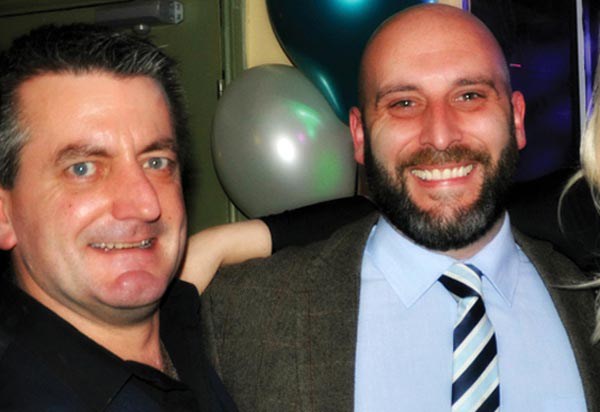 Doctor Brightons to celebrate ninth birthday under current owner on Saturday, March 10th with a party to remember.

Owner Charles Child, says: “Wow it only seems like yesterday that I was getting the keys for the pub, how time flies when you’re having fun!”

Sadly this will be his last year at the pub as the council who owns the building are not renewing the lease to the Brewery.

“Don’t worry” says Charles, “we will have a massive closing party later in the year, I’m sure most of you who know me realise that would always happen anyway. However, before that come and celebrate us turning nine on March 10!”

Charles moved to Brighton 16 years ago, an innocent boy from Norfolk (innocent my arse!? ed.). “As I look back over the years, what a rollercoaster it has been. I started working in hotels on the seafront, working my way up until I was manager of Vavoom Bar before I took the big step and bought Dr Brighton’s.

“It really has been the ride of my life and standing by my side for most of the time has been Wayne, my long suffering manager of eight years and resident DJ Tony B.

“I’m proud to say that over the years we have raised money for charities we really believe make a difference including the Rainbow Fund, Ride for Rhino’s and the Sussex Beacon.”

Charles says: “Thanks go to our customers who voted for us in droves, without them we wouldn’t have done it.”

He continues: “Now is the time to look to the future and we have our ninth birthday to celebrate!  So come on down to Doctor Brighton’s and shake what ya mama gave ya on Saturday March 10 with resident DJ Tony B on the decks from 9pm.”

A Council spokesperson, says: “The current tenants of Dr Brighton’s have informed us they will not be renewing the lease on the property when it ends this summer. The council’s agents, Savills, will shortly be inviting interested parties to make a proposal to take a new lease, which will include the renovation of the building.”