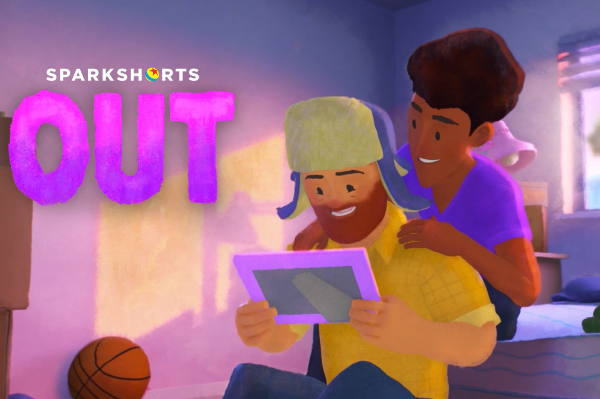 Legendary animation studio Pixar has just released the heartwarming tale of Greg moving in with his boyfriend Manuel in a short film called Out. Part of the Sparkshorts series on Disney+, Out sees that Greg has struggled to tell his parents that he is gay and in a relationship. His parents surprise him by coming over to help with the move. The eight and half minute film breaks new ground for Pixar by featuring their first on screen same-sex kiss. Greg is voiced by Kyle McDaniel and Manuel by Caleb Cabrera.

Pixar is the major studio behind popular and critical successes including Toy Story, Monsters Inc, and The Incredibles. Greg and Manuel are not Pixar`s first LGBT+ characters. Onward featured Officer Specter voiced by Lena Waithe in a minor role.