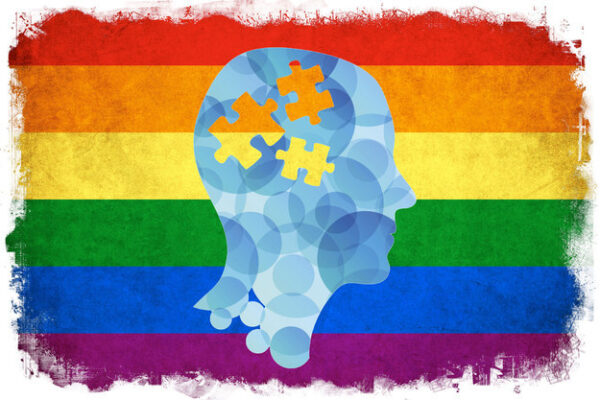 Michael Handrick is the author of Difference Is Born on the Lips: Reflections on Sexuality, Stigma and Society, published by Flint Books on 28 October 2022. Pre-Order NOW

Decades pass and, seemingly, the picture is looking rosier for queer people. In the UK, at least, we have never had more rights from marriage, adoption and simply being able to legally live as queer people publicly. Our representation in film, books and TV is no longer niche or non-existent like it was even 20 years ago. Even the public seems to finally be on our side: in 2019, 86 per cent of the population in the UK agreed that homosexuality should be accepted by society, compared to 75 per cent who said that homosexual activity was ‘always or mostly wrong’ in the 1980s.

Yet, dig beneath the surface and things aren’t what they quite seem. LGBTQ+ charity Just Like Us reports that LGBTQ+ young people are twice as likely to have depression, anxiety and panic attacks. They are three times as likely to self-harm and twice as likely to consider suicide.[1] Half of respondents to a 2018 Stonewall survey experienced depression.[2] Research done by Drinkaware revealed that the pandemic lockdowns affected the mental health of the queer community more than the population as a whole.[3] The years pass by and the reports keep showing the same cycle of pain and increasing impact on our mental health.

What is it that’s so rotten in our society that, despite our civil rights, we are still maligned and savaged as a community? The mental health issues we live with, the abuse we go through, the stigma, prejudice and discrimination we face do not exist in a vacuum. They are created and catalysed in our societies. Born in structures, institutions, policies, traditions and ignorance. Governments, people, the media treat our lives and existence as a debate, a game. We are used as scapegoats, targets in political games and tactics, as shown by anti-queer policies implemented by governments.

Unfortunately, our world is still set up in a heterosexual framework and push heterosexual narratives that other queer people. From birth, and even before birth, we enter into a world that assumes we are heterosexual and the structures set up in our society facilitates that. From how we are brought up as children, the bulling some of us experience in childhood, our (lack of) education at school of what it means to be queer through to the everyday discrimination, prejudice and abuse so many of us face all takes a toll on our mental health. The shame the world makes us feel for deviating from the heterosexual narrative as children or adolescents is carried through to adulthood, often without being addressed.

We have made so much progress as a community. We have so much more visibility, better ways at finding each other and connecting. But we can no longer ignore our mental health, especially at this inflection point in time when our rights are being attacked once again across the world. The mental health of the queer community has for too long been ignored and swept under the carpet. We need to start talking, speaking out, and make a difference.

Michael Handrick has had features and articles on culture, mental health, gender and sexuality published by magazines such as Attitude and PYLOT. His fiction pieces have been published in anthologies such as Litro, and shortlisted and longlisted for various competitions including the Creative Future Literary Awards (2018, 2020).

His debut book, Difference is Born on the Lips: Reflections on on Sexuality, Stigma and Society, is published by Flint Books on 28 October 2022. Pre-Order NOW and follow Michael on Twitter @MichaelHandrick.

Catch him giving a talk at Kemptown Bookshop on Thursday, November 3. Click HERE to book your space (free).

[1] Rachael Milsom, Growing Up LGBT+: The Impact of School, Home and Coronavirus on LGBT+ Young People, Just Like Us, June 2021, www.justlikeus.org/single-post/growing-up-lgbt-just-like-us- research-report, pp.6-7.

[3] Drinkaware Monitor 2020. Data extracted from following questions: Which of the following best describes your sexuality? LGB, n=952 OR Is your gender the same as the sex assigned to you at birth? No, n=79.