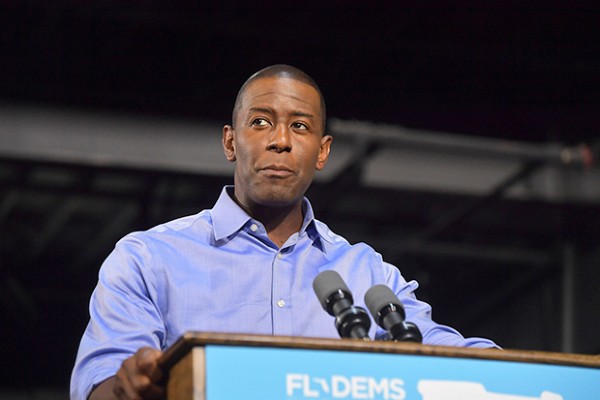 Andrew Gillum of the US Democrat party has come out as bisexual in an interview with Tamron Hall. Gillum, who narrowly lost the 2018 Florida governor’s race to Republican Ron DeSanti, told Tamron ‘I don’t identify as gay, but I do identify as bisexual’, which is the first time he has explicitly discussed his sexuality following rumours he was having an affair with another man.

Gillum was in a rehab facility earlier in 2020 to be treated for alcoholism and depression. In March, police found Gillum and another man in a Miami hotel room where both had overdosed on what police suspected was crystal methamphetamine. The other man was identified as Travis Dyson who was found on a website for male escorts, sparking rumours about Gillum’s sexuality.

In the interview, Gillum denied that he was having sexual relations with Dyson. His wife, R. Jai Gillum, said it ‘was hard to see’ him so vulnerable after he had overdosed. She also said she knew of her husband’s bisexuality prior to the incident, saying: “I just believe that love and sexuality exist on a spectrum. All I care about is what’s between us and what agreement we make.”

Andrew highlighted ‘bisexuality in and of itself doesn’t lead to unfaithfulness’, saying ‘you can still choose to be physically with one person’ regardless of your sexual orientation.