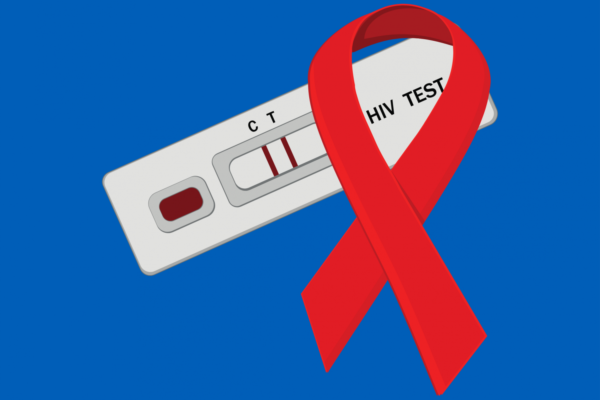 The latest data published by the UK Health Security Agency (UKHSA) on World AIDS Day has revealed that new HIV diagnoses in England fell by nearly a third between 2019 and 2021 (from 2,986 to 2,023).

The transmission of the virus among gay, bisexual and men who have sex with men (GBMSM) continued to fall and the estimated number of GBMSM living with HIV who are unaware of their infection has decreased between 2019 and 2021.

However, progress towards ending HIV transmission has slowed during the Covid-19 pandemic, and diagnoses among heterosexual people rose slightly in 2021, despite lower levels of HIV testing.  This means HIV transmission and undiagnosed HIV infection in this group has not fallen.

According to UKHSA, increased testing is vital for reducing the number of people unaware of their HIV infection. Data reveals the Covid-19 pandemic has had an impact on HIV testing behaviours, with reductions in testing seen for other infectious diseases throughout the pandemic. Across all Sexual Health Services (SHS), 1,053,169 people received an HIV test, a 20% reduction from testing reported in 2019 (1,319,915).

While testing showed a partial recovery toward pre-pandemic levels in 2021, this has mainly been driven by an increase in testing by GBMSM compared to 2019. Testing in heterosexual men and women remains lower than 2019 and similar to 2020.

Dr Alison Brown, Interim Head of HIV Surveillance at UKHSA, said: “The end of HIV transmission is within our reach in England, with reductions in the number of people living with undiagnosed HIV infection, however the COVID-19 pandemic has slowed progress in some areas – including testing among heterosexuals and engagement in care for those already living with HIV. Addressing these inequalities, ramping up testing to pre-pandemic levels and getting people started on HIV treatment earlier will all be crucial in delivering the HIV Action Plan ambitions.

“No matter your gender, or sexual orientation, using condoms, using PrEP (if you’re eligible), getting tested and if you test HIV positive, getting treated remain vital in protecting your health and that of your partners.”

Ian Green, Chief Executive at HIV/sexual health charity Terrence Higgins Trust, added: “Testing, testing and more testing is crucial if we’re to make the inroads necessary to end new HIV cases by 2030. That means levels of HIV testing not just returning to pre-Covid levels but accelerating past it. Today’s data shows that upping testing among heterosexuals – and particularly heterosexual men – needs to be made a priority. But we shouldn’t be complacent about testing among any group, including gay and bisexual men.

“Opt-out HIV testing in emergency departments in areas of England with very high HIV prevalence is already having a big impact in finding people living with undiagnosed HIV, as well as returning others into HIV care. This is great news for people’s health, stops onward transmission of HIV and saves money for the NHS. We need to see more of this kind of innovation to find the estimated 4,400 people living with undiagnosed HIV in the country.”

In 2021, an estimated 11,985 people living with HIV had transmissible levels of virus. Among the 11,985, only 37% were undiagnosed, the remainder were not in care, not on treatment or had not yet achieved undetectable levels of virus.

HIV prevention hinges on reducing the number of people with a transmissible HIV infection through testing to reduce the number of undiagnosed individuals, and by engaging and maintaining people with HIV in care pathways. This approach will improve the health of those living with HIV, and prevent further transmission of HIV, in turn getting closer to the 2030 target of zero new HIV infections.

Tests are free and available through GP surgeries, local hospitals and sexual health clinics, as well as by using a self-testing kit.