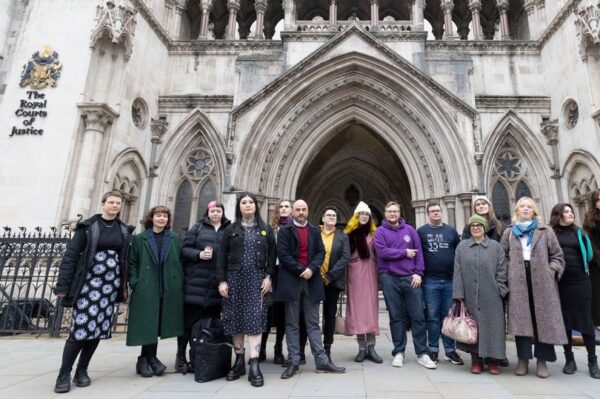 Eva Echo, trans rights activist and Director of Innovation at Birmingham Pride, was one of several claimants who spoke at the High Court about NHS waiting times for transgender healthcare. The court heard from the group of claimants that the NHS is breaking the law by making thousands of trans people wait years for gender affirming healthcare, arguing that the waiting times for people with gender dysphoria to get an initial assessment are unlawfully discriminatory with some patients waiting more than six years for their first appointment.

The NHS currently has a statutory requirement that at least 92% of patients should be referred to a specialist within 18 weeks, and the claimants argued that NHS England has broken the law when they have failed to meet this target for trans patients. Official figures show there are 26,234 adults waiting for their first appointment with an adult gender dysphoria clinic, and of those people, 23,561 have been waiting more than 18 weeks.

In many cases, the claimants explained, trans people have to wait so long for healthcare that they are instead forced to opt for private healthcare, paid for by crowdfunding, or even travelling aboard to access the healthcare they need. The waiting times are also having a negative effect on the mental health of children, including two co-claimants, aged 12 and 14, who could not be named, the court heard.

Eva Echo – who herself has been waiting for her first appointment since her NHS referral in October 2017 – told BirminghamLive: “Trans people just want to get on with their lives, and without the medical support to do so, we’re left out to dry. There is no mental health support in the meantime and suicide rates are unfortunately incredibly high – I lost a friend earlier this year.

“If this was happening to any other group of people there would be public outcry, but because it’s trans people it’s been brushed to one side and allowed to happen. This is why we need a judicial review – if we’re successful it puts pressure on the NHS to put things right.”

The High Court hearing concluded on Wednesday, November 31; a verdict is expected in the coming weeks.

In a post on social media, Eva Echo added: “No matter what the outcome, trans rights are human rights and everybody should have access to timely healthcare.”