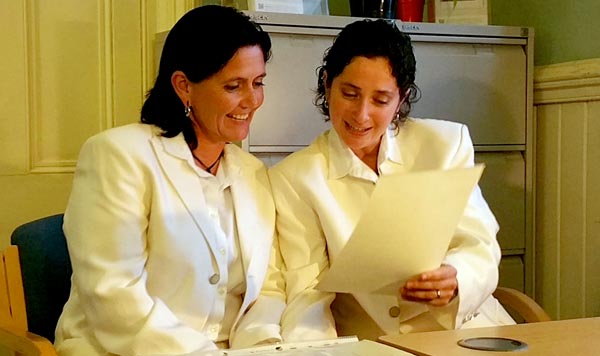 Michele and Laura Walklett have been partners for 15 years and are now in the eyes of the law, officially married.

The couple originally entered into a civil partnership in Brighton on November 18, 2006, before moving to live together in Spain.

They returned to Brighton on November 18, 2016, 10 years to the day, at the same time of the day, with the same registrar officiating to have their Civil Partnership converted into a marriage, so now they can officially say they have been married for 10 years.