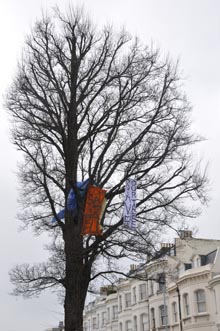 Brighton & Hove has won government funding to improve the design and layout of roads which will benefit road users and cyclists in particular.

The city council have secured £300,000 which will be spent on improvements to the Seven Dials area of Brighton. With council match-funding, it will mean that £600,000 has been allocated to improving safety at one of the city’s most dangerous junctions.

“We’re delighted that the council bid for a £300k contribution for the Seven Dials scheme has been successful. This amount will come from central government as part of Norman Baker’s Safer Cycle Routes funding.

“The junction has seen 20 casualties in the past three years, and half of them have been cyclists. This money will help fund safety improvements, which will benefit everyone using the junction, particularly cyclists. This will contribute towards making Brighton and Hove a city fit for cycling.”

The Seven Dials is an important destination for local people with many small businesses. The scheme has been designed to improve the look and feel of the area, as well as address safety concerns.

Work began last month on the project, which is expected to be completed at the end of the year.

Changes mainly involve creating a longer oval traffic island to replace the current mini-roundabout so that vehicles from various roads will merge more gradually rather than converging on a single point.

Any unspent funds will be reinvested in other transport priorities set out in the city’s Local Transport Plan.

The project which is in the ward of the leader of the Council, Cllr Jason Kitcat has been surrounded by controversy following an earlier decision to cut down a historic elm tree by the side of the road. Protesters took to the tree to stop it being cut down. They have now finished their protest pending discussions with the Council.