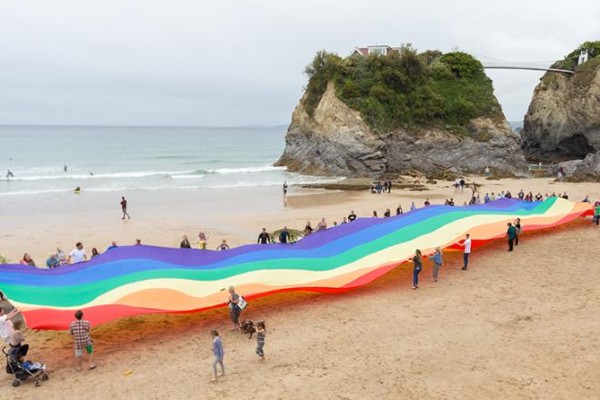 Cornwall has seen two reports of homophobic harassment, both directed at gay men, throughout November, as the Devon and Cornwall police say anti-LGBTQ+ incidents are becoming increasingly common in the area. On November 12, a 24-year-old gay man, Major-Troon Collis, 24, was collecting medication at Boots in Camborne, when he was verbally abused by a group outside the store. He reported one man saying: “If that was my son I would put it down” while others threatened to physically attack him.

Collis spoke to ITV News about the incident: “I certainly don’t deserve it. I did nothing wrong. I said nothing. I was just collecting my medication…Pretty much every day I leave my house, I go about my daily business and unfortunately I’m always abused by others – name calling, homophobic abuse, sometimes even physical.” He said the police response to the situation was ‘brilliant’ but suggested many are afraid to report such incidents.

Another incident occured at the end of November, as a gay couple, Iain and Wahaj Mahmood-Brown, were verbally abused by a man who called their relationship an ‘abomination’. Following the event, Sgt Dylan Bristow of the Devon and Cornwall police told the BBC: “We see a lot of crimes that are reported in relation to people’s sexual orientation,” and said homophobic hate crimes were “all too prevalent” in recent years. Both incidents are being treated as hate crimes and investigations intend to continue; no arrests have been made yet.

The UK and US have seen a rise in anti-LGBTQ+ hate crimes, with a November FBI report finding homophobic and transphobic hate crimes are at the highest level since the organisation began collecting data 30 years ago. Galop, a UK LGBTQ+ organisation and anti-violence charity, Galop, also found four in five transgender people have been the victim of a hate crime within the last 12 months.