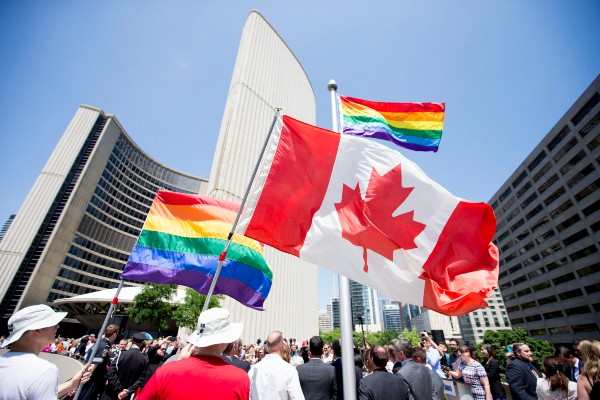 The bill condemns the controversial practice, saying that it “causes harm to society because, among other things, it is based on and propagates myths and stereotypes about sexual orientation, gender identity and gender expression.” It also notes that a ban on conversion therapy is vital “to protect the human dignity and equality of all Canadians.” Prime minister Justin Trudeau celebrated the success of the bill on Twitter, saying: “LGBTQ+ Canadians, we’ll always stand up for you and your rights.”

Nicholas Schiavo, the founder of No Conversion Canada, also expressed joy at the news, telling the Hill: “[Bill C-4] sends a clear message to LGBTQ+ Canadians: you are valid and deserving of a life free from harm…Today, as we celebrate this historic moment, we must thank survivors and their tireless advocacy to reach this moment where conversion ‘therapy’ is finally outlawed in our country.”