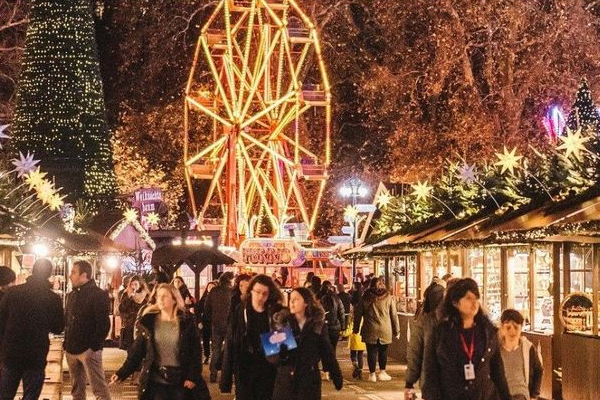 The Conservatives have today said that the Brighton Christmas Festival should be moved away from Valley Gardens and Old Steine Gardens in future years, after 2021’s maiden edition.

According to the Conservatives, the five-week event “caused considerable upset to residents, with the continuous noise of the funfair attractions leaving locals unable to sleep in their homes and at the end of their tether with the Council. Christmas Day provided the only respite day for these residents from the noise.”

Cllr Dee Simson, Conservative Tourism Spokesperson, said: “The Council needs to listen to local residents in the area who have had five torrid weeks of thumping music disrupting their sleep.

“Concerns about the noise raised by the local Old Steine Community Association during the Festival were not heeded by the Council, leaving residents frustrated.

“Now, to make matters work, the historic gardens that run through the Valley Gardens precinct have been left in a dreadful state and will take a massive amount of repair work if they are to recover for the summer.

“It is such a shame to see these historic parks in an even worse state than they were during the summer after other events and the council has a lot to answer for.

“The City already has a suitable ‘ready-made’ space for a Christmas festival along Madeira Drive and this would be a much better location to hold it in future years.

“This ideal space would connect with the Pier to create a much better environment for the Christmas festivities.”

The Conservatives will be raising this matter at this week’s meeting of the Tourism, Equalities, Communities and Culture Committee on Thursday, January 13 and will be asking the Council to review the location for 2022 and beyond.