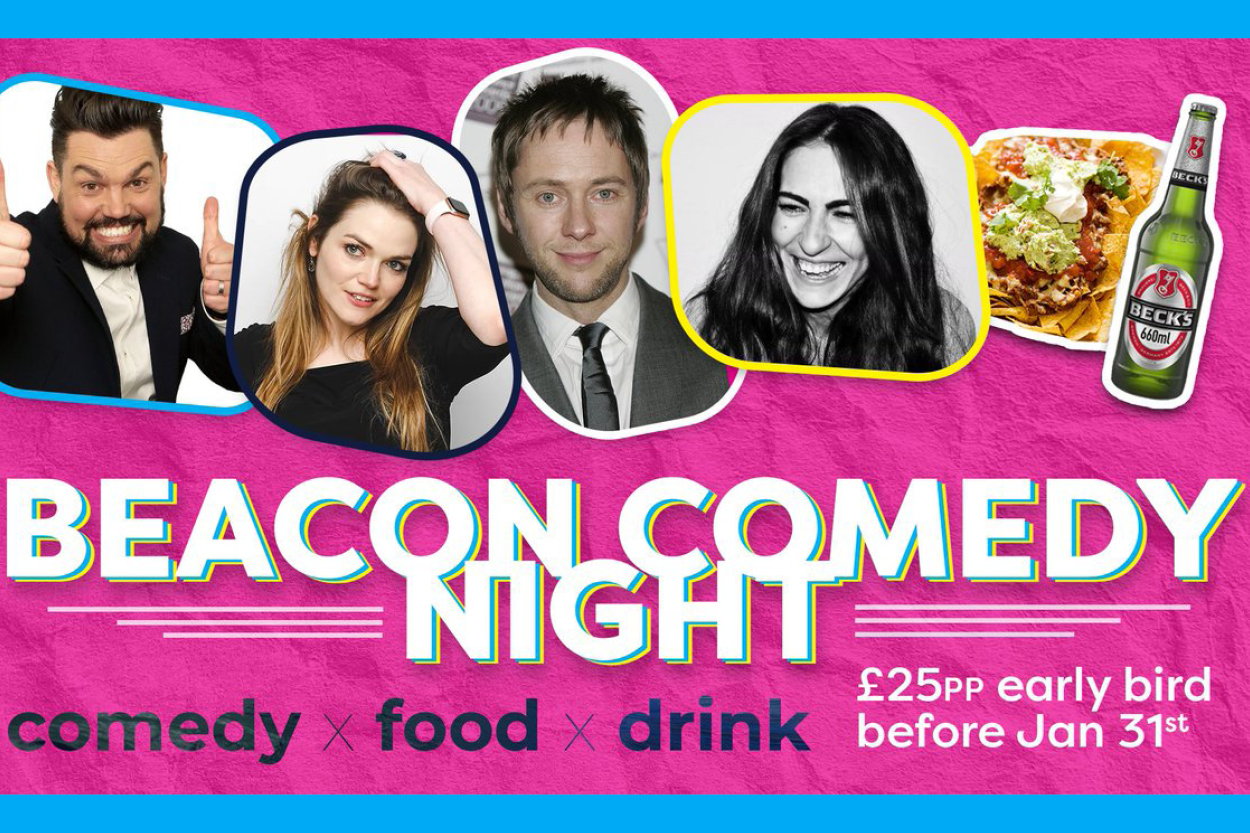 After three sell out shows, the Sussex Beacon‘s fundraising comedy night returns in 2022 bigger and better with Banter with the Beacon at the Grand Brighton on Friday, March 25 at 6.30pm with more fantastic comedy. Tickets £30 (£25 early bird) include meal and a drink.

Returning to MC the night is the fabulous James Redmond. As well as touring comedy clubs across the country, James is also known for his roles in Hollyoaks and Casualty.

Naomi Cooper is a rising star on the British comedy circuit and has performed across the UK and Europe, including the Netherlands, Hungary, Turkey, Austria, Crete, Belgium, Romania, Switzerland and Estonia. In 2020 she was named as one of eight finalists in the Funny Women Stage Awards.

Charlie Baker is a man of many talents – a stand-up comedian, actor, and highly acclaimed jazz-singer which have seen him earn a reputation as ‘a superior take on the modern showman’ (The Guardian). Charlie has also featured heavily on TV with shows including The Last Leg, Harry Hill’s Tea Time, Comedy Central at the Comedy Store, The Great British Bake-Off: An Extra Slice, Never Mind The Buzzcocks, Edinburgh Comedy Fest Live, The Dog Ate My Homework and Channel 4’s Comedy Gala.

Banter with the Beacon is stricly 18+. For tickets, CLICK HERE