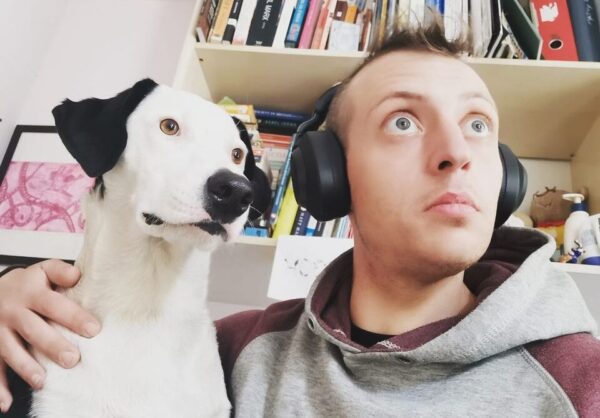 The Clare Project (TCP), the transgender support and community group, has called for a review into the death of Matty Sheldrick, a community member who passed away in November.

In a statement, the charity said:

“We are writing to yourselves with consent from Matty Sheldrick’s family to notify the press of an act of serious gross negligence [and potential manslaughter] by mental health services, led by Sussex Partnership Foundation Trust, at Royal Sussex County Hospital (RSCH) in Brighton.

“Matty Sheldrick (he/they) was a 29 year old trans person, who was also autistic/neurodivergent. They moved to Brighton only a year ago to study and live amongst the trans/TNBI community with their dog, Lola, and lived independently in Hove.

“He had a complex history with mental health and in autumn 2022 had a three-week stay in A&E (RSCH) when requiring a mental health unit stay – quite simply – there were no beds for him to go to. Matty’s Mum called the hospital nearly every day, alongside family/PA visits, in order to advocate for Matty’s needs. There were occasions where they were also questioning Matty’s gender, and where they should or could go for support as they were transgender and autistic.

“Matty was discharged home after three weeks, despite during this time Matty stating they could not keep themselves safe at home. Matty shared that during their stay in A&E, there were a couple of occasions they were forcibly restrained, and one case where they were also injected with sedation despite consent not being sought.

“Over the course of the next two to three weeks following discharge, Matty had several engagements with NHS crisis team, their GP and TCP where they stated they were still struggling with thoughts around suicide. On Halloween,  Matty was called an ambulance by TCP again, where paramedics attended and stated there was nowhere to go but A&E. Because of the trauma/abuse previously inflicted on Matty at A&E, he did not feel safe to go there again, only to be forcibly discharged back home.

“On Thursday, 3rd November Matty called themselves an ambulance in a desperate call for help. They attended A&E and awaited a mental health capacity act assessment on Friday, 4th November.  The Police attended and refused to arrest Matty, as what they could see was a young person in much distress.

“On Friday, 4th November afternoon, Matty was deemed within capacity by the mental health capacity assessment, and told they had to leave A&E the following morning.

“Matty’s family, GP, ourselves and the community are advocating for a full and thorough investigation into the gross negligence of this young and vulnerable person.

“We are calling on Sussex Partnership Foundation Trust (who run mental health services), alongside University Hospitals Trust (who operationally run A&E) to declare this a serious incident requiring investigation, and a full criminal investigation to be carried out by Sussex Police.”

Matty’s Mother, Shelagh Sheldrick, added: “Matty was a kind, gentle, creative soul who was reaching out for a place of safety and support to help manage his tormented mind.

“The options in mental health services for most and particularly for Matty as a neurodivergent trans person are minimal.

“This caused them additional distress which contributed to their tragic death in the place he was supposed to be kept safe and cared for. Matty’s death has left his loving family, friends and community devastated.”

Remember when life is difficult, Samaritans are here – day or night, 365 days a year. You can call them for free on 116 123, email them at jo@samaritans.org, or visit samaritans.org to find your nearest branch.