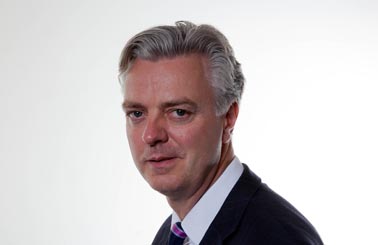 Labour MPs used an opposition day debate to attempt to get the rise postponed, but were defeated by the Government. The rise will now go ahead as planned.

Cllr Gill Mitcehll, Leader of The Labour and Cooperative Group in Brighton and Hove, said:

“Hard pressed families in Brighton and Hove will be disappointed that their Green and Tory representatives in parliament have once again let them down. Next April the Government plans to hit people on middle and low incomes with extra taxes and cuts to their services while giving 8,000 millionaires a tax cut. That’s out of touch and completely unfair.”

“In a fit of opportunism, Labour seems to have forgotten that the fuel duty escalator, which determines the 3p rise, was their policy in the first place. The truth is that if we cut fuel prices, we risk creating a black hole in the budget which would likely lead to even more public spending cuts elsewhere, hitting the most vulnerable even harder.

“All the evidence suggests petrol prices will keep going up as demand massively outstrips supply, thanks to a dwindling oil supply and rising demand from countries like China and India. That’s why it’s crucial that we act now to reduce our car dependency and bring in a fairer tax system which benefits everyone, including those without a car.

“I’d rather see the Government reversing the 2011 increase in VAT, and doing far more to ensure reliable and affordable public transport, including cancelling the rail fare hikes planned for January. It can’t be right that bus, rail and coach fares have shot up while the real cost of motoring has come down.”

“Labour never miss a chance for empty opportunism, and the debate in the House of Commons yesterday showed precisely why they have lost any credibility in the eyes of the British people. They called on the Government to clamp down on tax avoidance using a relief that they introduced, to pay for a rise in fuel duty that they planned for.

“I know that many of my constituents are feeling the impact of the cost of fuel, and I have previously urged the Chancellor to take action to help with the cost of living.

“I have welcomed the Government’s steps to delay and cancel fuel duty rises that Labour put in place, which mean families will have saved around £159 on fuel costs by the end of this year. It has to be noted that under the previous administration’s plans, voted for by the Leader of the Opposition and the Shadow Chancellor, pump prices would be 10 pence higher than they currently are.

“That is why I voted against shameless opportunism in the House of Commons yesterday, and voted instead to recognise the steps taken by the Chancellor so far and back the Government’s commitment to do more to help with the cost of living in the future subject to the constraints of the public finances.”