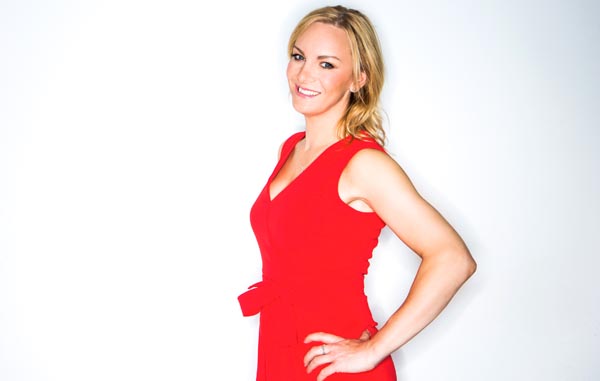 Stephanie will take command of Channel 4’s continuity announcer’s booth from 6pm, going into The Simpsons, and be on air until First Dates at 11.10pm. As she makes the links to the programmes she will also share her personal experiences to raise awareness for International Transgender Day of Visibility.

Dan Brooke, Channel 4’s Chief Marketing and Communications Officer and Board Diversity Champion, said: “Diversity is the lifeblood of Channel 4 and it’s important we champion and hear all voices on the channel. I’m thrilled that Stephanie will be helping us mark International Transgender Day of Visibility and sharing her experiences as a transgender person with our viewers.”

Stephanie, who has been polishing her scripts with the help of Channel 4 Continuity Creative Managers Isla Paton and Barra Fitzgibbon, said: “It is so important to mark International Transgender Day of Visibility, helping educate society that trans people can be, and should be wholly accepted in all areas of their lives for whom they truly are. Alongside this, it is a true honour to share my positive story with Channel 4 viewers.”

Stephanie is well-known to millions of UK radio listeners with a career that has seen her work on some of the biggest commercial radio shows in the UK, including three years on the national Sunday top 40 show, Hit40UK, where she interviewed some of the world’s biggest stars.

Along with that success she suffered an inner turmoil that her gender was wrong – something she had known since her very early childhood.

This was compounded by a feeling that the more successful she became, the more imprisoned she felt which led to Stephanie seriously considering taking her own life on several occasions.

But she reached a point where she had to take what she has described as “the biggest risk I will ever take – to transition from male to female” and revealed she was transgender during a live national radio interview on October 11, 2014.

Now Stephanie says that she is living proof that anything is achievable in life. Her career has continued to flourish, the Radio Academy awarded her a fellowship, the highest honour it awards to people in the industry and she has been awarded an honorary doctorate from Leeds Beckett University for her contribution to public life.

She mentored on ITV’s Lorraine Change One Thing campaign, she’s presented on BBC Breakfast, BBC Inside Out and written for various national press and media, is proactively involved in the promotion of LGBT+ rights and is an inspirational public speaker.

Stephanie’s participation is the latest contribution to a long-term project run by Channel 4’s Continuity Team, Alternative Voices, which launched in 2013 when five people with communication difficulties joined the continuity to introduce some of its biggest peak time shows.