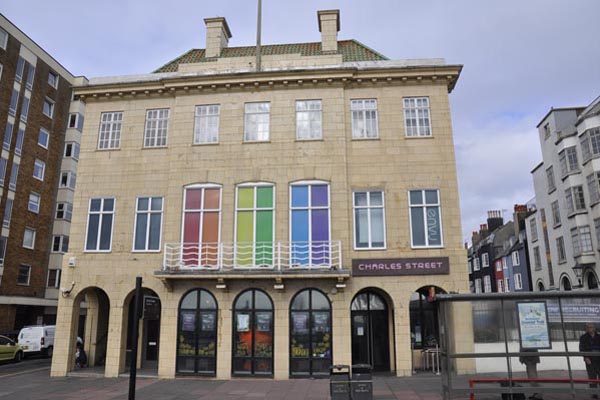 After 17 years as a main stay of the Brighton LGBT+ commercial scene, Charles Street bar will be holding a closing down party from 7.30pm on Sunday, November 12 called “Sally says – Drink Us Dry!” with special guest cabaret from Cinebra.

The venue will then close to the public for the following four weeks to undergo a major refurbishment.

Chris Marshall the General Manager, said: “When Charles Street first opened back in 2000, it caused quite a stir and quickly became known for its decor and premium products and service – so in many ways we’re going to take it back to its roots.”

The venue reopens as the Charles Street Tap on the evening of Monday, December 11, with a VIP launch weekend from Friday December 15 to Sunday December 17.

Chris continued: “We’re going to keep on doing what we’re so proud of, such as award-winning cabaret and DJ nights – but we’re going to add so much more – hence the name change, or rather addition. It’s going to be the same venue but in many ways also a new LGBT+ venue!”

As the name suggests Charles Street Tap will specialise in craft beers and ales, but also premium gin and cocktails. There will be an extensive new food menu served from 10am to 10pm daily.

But what of the refurb itself? Well, Chris is keeping his cards close to his chest at the moment. “It’s going to be a quite a surprise I think for a lot of people – it’s far from just a lick of paint as you would expect from a four-week close and there’s going to be lots of changes and additions to the bar. We’re covering everything from the basement toilets right up through the building and outside too! We’ll be almost doubling the amount of seating, which has meant quite a bit of creativity from the designers to achieve – but its pretty impressive what they’ve done I have to say. It’s going to be very Brighton!”