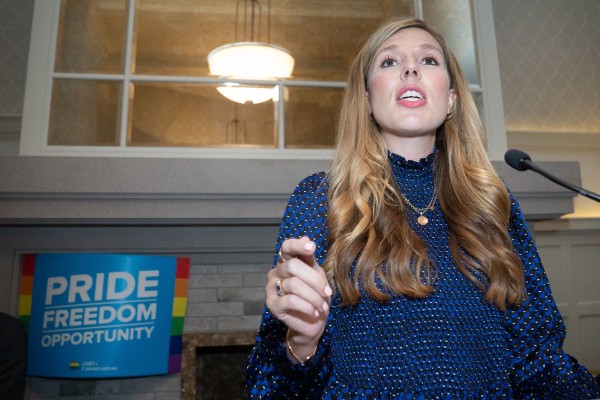 Environmental campaigner and wife of the prime minister, Carrie Johnson, shared a message of support for the LGBTQ+ community during a public appearance at a Conservative conference on Tuesday. According to The Guardian, Johnson insisted the government is committed to “equality and acceptance for everyone”, adding: “For all the progress we’ve made as a society we know there is still a long way to go.”

She noted that the LGBTQ+ community continues to face “stigma, harassment and discrimination” frequently, saying: “Around the world being LGBTQ+ is still a crime in 71 countries. In 11 countries it is punishable by death, just because of who you love. None of this is acceptable, obviously, and it is up to all of us to stand up and say so as loudly as we can.”

Her appearance at the conference was organised by Stonewall, despite equalities minister Liz Truss urging the government to pull out of Stonewall’s Diversity Champions programme earlier this year as conflict between the LGBTQ+ organisation and UK leaders over trans equality continues. Addressing the divide among the Tory party regarding trans rights, chair of LGBT+ Conservatives, Elena Bunbury, said at the recent conference: “Trans people are not dangerous, they’re not scary, and they’re certainly not a threat to women and children – although the other event titles [at the conference] might think they are.”