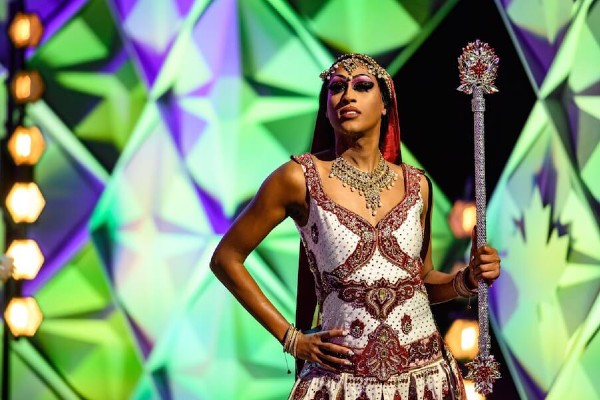 Drag queen Priyanka has been crowned the winner of the first season of Drag Race Canada. The Toronto based performer faced fellow queens Scarlett BoBo and Rita Baga in the season finale but cemented her victory with a performance of RuPaul’s U Wear It Well. Priyanka won an $100,000 prize and laughed she was ‘Canada’s first ever drag superstar’.

She continued ‘I’m so proud to be Canadian. I’m going to make this country so proud’, and believes she is ‘living proof that hard work pays off, and that even when you make mistakes, you can still be a winner’. Priyanka is also the first ever Indian queen to win Drag Race, with fellow queen and All Stars 5 winner Shea Couleé tweeting that this era of the show will be known as the ‘Melanin Dynasty’.

Many have praised Priyanka for her win, with queen Lemon – who also appeared in Drag Race Canada season one – tweeting ‘I love her so much I’m so happy’. Another user dubbed Priyanka the ‘most beautiful human ever’.