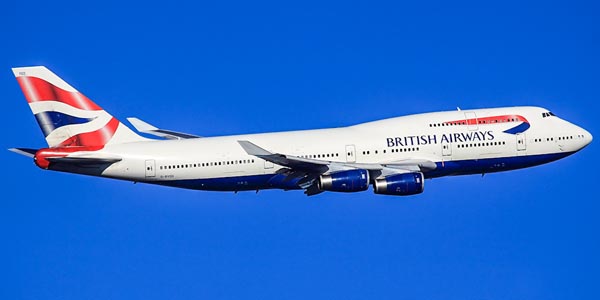 TO celebrate their 100th birthday, British Airways are running a huge advertising campaign, including 100 ‘love-letters’ to Britain from staff, celebrities, and the public.

To mark the centenary, Lesbians and Gays Support the Migrants have assembled their own 100 letters campaign, addressed to BA instead, calling on them to stop deportations. These letters showcase other voices including migrant groups, Baroness (Ruth) Lister of Burtersett, novelist Sebastian Barry, comedian Francesca Martinez, Derry Girls star Siobhán McSweeney, and a former BA staff member, call on BA to end all involuntary deportations on their flights as part of a campaign by Lesbians and Gays Support the Migrants.

Eric, a member of African Rainbow Family, writes: “Happy 100th birthday, British Airways. We do appreciate the support you give to the LGBTQ communities but we do appreciate if you could do more, for example, stop the deportation of asylum seekers.”

Members of Survivors Speak Out write: “People are escaping fire in their country of origin to seek safety but, unfortunately they are being sent back to die from the same fire by the UK Home Office with the complicity of British Airways.”

Baroness (Ruth) Lister of Burtersett CBE, FBA, writes: “The case against forced deportation rests not just on the harmful end result but also on the process of deportation which is all too often dehumanising and can be distressing not just for those being deported but also for other passengers having to witness how they are being treated. I hope that BA will now follow the example of Virgin and refuse to undertake involuntary deportation on behalf of the UK Government.”

Charlotte writes: “Before this [campaign], I did not know you facilitated deportations. I have travelled with you before, and enjoyed the experience, but I cannot in good conscience do this again for as long as you support this unjust practice.”

In 2017, activists from LGSMigrants and other groups made headlines by grounding a charter deportation flight from Stansted airport. The government continues to charter planes specifically to deport groups of vulnerable migrants, but also deports individuals on commercial passenger flights through contracts with airlines including British Airways who have been responsible for carrying countless deportees. Several years ago, an Angolan passenger, Jimmy Mubenga, died on one such deportation flight carried out by BA.

After pressure from LGSMigrants and others, Virgin Atlantic cancelled their contract for deportations with the Home Office. Now the group are calling on British Airways and other airlines to follow suit.

Sam Björn, a spokesperson for LGSMigrants, says: “We don’t know what British values BA think they are celebrating with this centenary campaign, but we won’t let them whitewash their legacy of supporting the racist hostile environment and enabling the Windrush scandal by claiming to embody them.”

LGSMigrants are calling on the public to tweet British Airways with #DearBA asking them to end their deportation contracts.

Twenty Five letters have been published on www.lgsmigrants.com and more will be released every week in the run-up to BA’s 100th birthday in August.

With this letter campaign, LGSMigrants are increasing the pressure on BA, following a series of actions including an ad hack on the London Underground, a Tinder bot placed at airports and the disruption of an Airlines UK industry dinner.