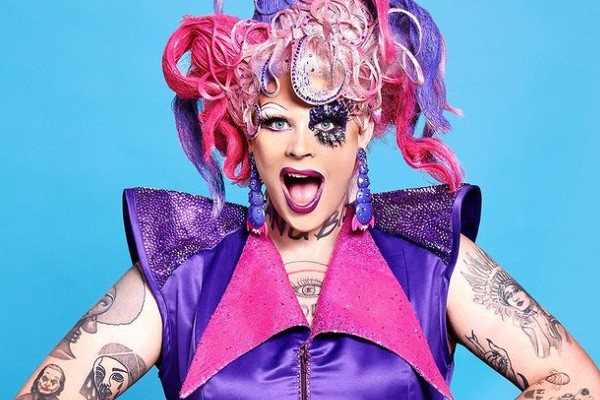 19-year-old Brighton-based drag queen Anubis Finch has been announced as one of the contestants for the UK edition of Drag Race season 3. After growing up in Seaford, Finch, now lives in Brighton and is a well-known figure in the local drag scene. After explaining that Anubis is the Egyptian God of the afterlife, the performer said that she loves the “glamour” of her Egyptian heritage, and is going to bring “wacky, outrageous, and exquisite” drag to the show.

She said that she chose her drag name to honour her culture, adding: “My dad was Egyptian, and when he passed away about three years ago, I wanted a name that paid homage to him.” She also noted that her grandmother is an “absolute legend” and is one of her biggest inspirations, as well being “partly responsible for the craziness” of Anubis.

She considers her greatest strength to be her singing skills and four-octave vocal range, saying: “Not to brag or anything, but I do have quite a wide skill set. I’ve got the vocals, I got the dance moves, I got the comedy, so I really think I’m a bit of a threat.” Anubis will be competing alongside Charity Kase, Choriza May, Krystal Versace, Elektra Fence, River Medway, Ella Vaday, Kitty Scott-Claus, Vanity Milan, Veronica Green, and Scarlett Harlett. This season will also feature drag queen Victoria Scone, the first-ever cisgender woman to compete on Drag Race.

Drag Race UK season 3 is due to air in September on BBC Three and BBC iPlayer.