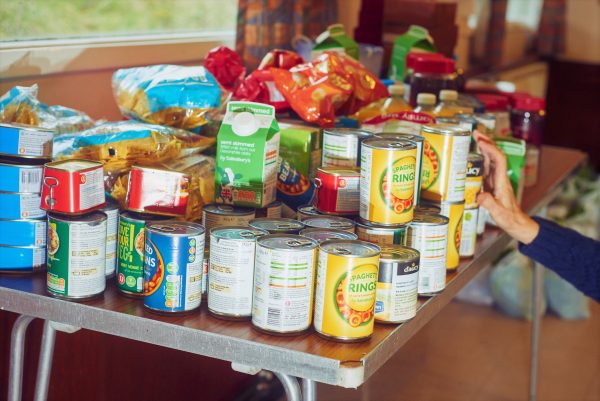 New findings show thousands of people in Brighton & Hove now depend on week-in week-out support from charities to meet their everyday food needs.

Figures from the city’s Emergency Food Network annual survey reveal an 18% rise in the number of people seeking help from food banks, social supermarkets and meal projects. More than 5,000 people in the city turned to the Network’s members every week over the past year to meet their food needs – with more than 3,000 people returning regularly.

During the same period, there was a 69% drop in money and food donations, leaving charities struggling to meet demand.

The Emergency Food Network this week sent an urgent appeal to new Prime Minister Liz Truss, calling on the Government to put in place an immediate package of measures to address the effects of the cost-of-living crisis for people living in poverty. This includes increasing benefit levels to meet inflation, ending the five-week wait for Universal Credit and improving the energy efficiency of people’s homes.

Mike Jourdain, Brighton Food Bank, said: “We are becoming alarmed at what will happen this winter as energy prices continue to rise. We fear we will not be able to cope with the inevitable increase in demand for our support.”

Low incomes, the cost-of-living crisis and ill health/disability were the main reasons given by the Emergency Food Network’s 44 members for people using their services. Other findings from the survey showed:

The drop in food stocks is thought to be the result of donors themselves experiencing the effects of the cost-of-living crisis, as well as donor fatigue.

The Emergency Food Network is convened by the Brighton & Hove Food Partnership. Helen Starr-Keddle, of the Food Partnership, said: “Beleaguered community projects run on donations and led by volunteers are being left to pick up the pieces of Government’s failings. Day in day out they are supporting people of all ages and backgrounds at risk of malnutrition, homelessness, poor educational attainment, and mental and physical health breakdown.

“The costs of preventing this happening are less than the costs of the consequences. The Government must act now.”