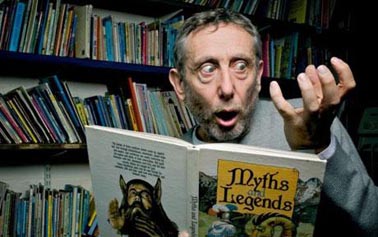 The full programme of festival events will be announced on Wednesday February 27, 2013.

“We are delighted to welcome Michael Rosen on board as Guest Director for 2013. For the past five years we have invited a Guest Director to bring their knowledge and experience of the arts to this Festival, which has helped us to nurture and grow an extraordinary range of art and ideas appealing to our local, regional, national and international audiences. For several decades Michael Rosen has entertained, educated and moved audiences of all ages. He has the infectious energy of a polymath and is curious about and interested in everything – perfect for such an eclectic and wide-ranging festival as ours. I am looking forward to another fantastic Festival here in Brighton.”

“It’s a wonderful opportunity for me to be involved with Brighton Festival. It’s exciting but it’s also going to be a challenge! I am a great believer in festivals – they are an informal college of the arts for everyone. There’s been a big change since I was a child when the arts were tucked away in theatres and galleries and Brighton Festival takes cultural activity and brings it to many different audiences across a whole city.”

Michael Rosen was one of the first poets to visit schools and is committed to the teaching of writing and the reading of literature in schools.

He won the 1997 Eleanor Farjeon Award for distinguished services to children’s literature, and received an honorary doctorate in 2005 from the Open University and another from Exeter University in 2007.

He has a BA, MA and a Ph.D. for a doctorate completed in 1997 and is a visiting professor at Birkbeck, University of London where he teaches a Masters in Children’s Literature which he co-devised. He is a fellow of the English Association and the Royal Society of Literature.