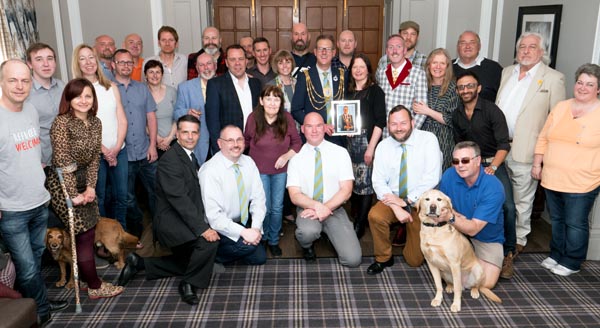 Bear-Patrol, the social networking group held a reception at the Old Ship Hotel last month to thank the outgoing Mayor of Brighton & Hove, in the final days of his terms of office, for his support of the group during his year in office.

Cllr Peter West and his partner Geraldine were presented with a framed photo taken by photographer Nick Ford of the Mayor in his official robes of office.

Cllr West thanked the guests for their support with his own fundraising activities during his year in office and thanked Bear Patrol for inviting him to their fundraising events in 2016-17.

The reception was made possible with the kind support of the management team of the Old Ship Hotel.