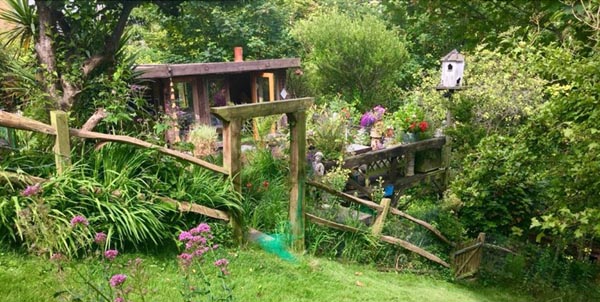 The money was raised with the help of more than 150 visitors to the open day, more than doubling the amount Adam and Freddie had raised in any single previous years.

The Sussex Beacon suffered funding cuts towards the end of 2016 putting the facility’s ‘In Patient Unit’ at risk and redundancy notices being issued. However, following local fundraising support, grants secured from non-statutory funding bodies and a restructure with Terrence Higgins Trust taking over some of the back office services, the charity is now in a better financial position and the majority of staff have been told their jobs are no longer at risk of redundancy.

Adam Betteridge said: “I’d like to thank, in particular all those who volunteered their time to help in so many different ways, all those who donated such a spectacular array of cakes and prizes, and all those who were able to come along and take part. We really could not have done it without you all!”

“With the Sussex Beacon barely being able to keep its doors open due to funding cuts, perhaps never has there been a more crucial time to raise funds to keep its services available for all those living with HIV. And it’s not just the amount raised on the day that’s critical, it’s also the morale boost that actively showing your support in this way gives to all those involved with the beleaguered charity (whether as service users or staff) who naturally feel their lives would be severely disrupted if it had to close.

“As many of you know, my friend Pablo who sang with the Brighton Gay Men’s Chorus, killed himself in December after complications arose which have been linked by his family to his new HIV medication. I’m hoping that in some way all our activities send out a message to people like Pablo that no matter what – we are all still here for them.

“With that in mind, it’s not too late to make a donation. A number of people asked about donating online so I set up a JustGiving page here. You’ve all helped so much already that I feel a bit coy asking this, but please do give as generously as you can!”