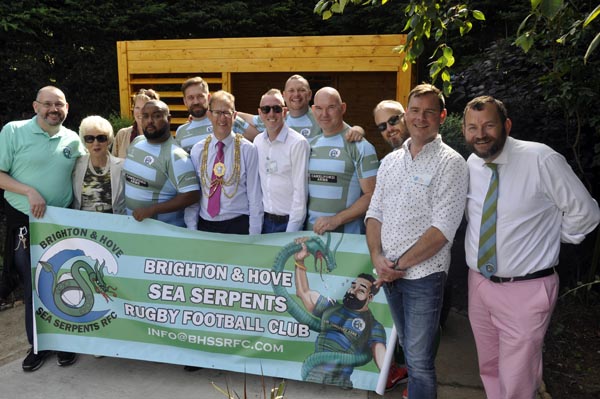 The Sussex Beacon ‘Autumn Leaves’ fete on Saturday, September 24, raised over £1,300 for the charity.

There was entertainment throughout the day with performances from David Raven, Krissie du Cann, Molly Scott and David Hill  as well as traditional stalls including a coconut shy, hook a duck, a tombola and a raffle.

The mayor officially opened a new summer-house funded through supporter Danny Dwyer’s generous request for donations rather than presents for his 41st birthday and a donation from Brighton and Hove Sea Serpents, a rugby team for gay and bisexual men.

Simon Dowe, Chief Executive of The Sussex Beacon, said: “The fete was fantastic! The sun was shining and we had an excellent turnout. I’d like to thank the Mayor and Mayoress, everyone who helped to organise the event and all those who attended and dug deep to support us on the day. The funds raised will go directly to helping people living with HIV in Sussex.”

The ‘Autumn Leaves” fete was supported by E3 entertainment agency and production company.

The Sussex Beacon provides specialist support and care for people living with HIV. The charity provides both inpatient and outpatient services to promote independence and improve health.