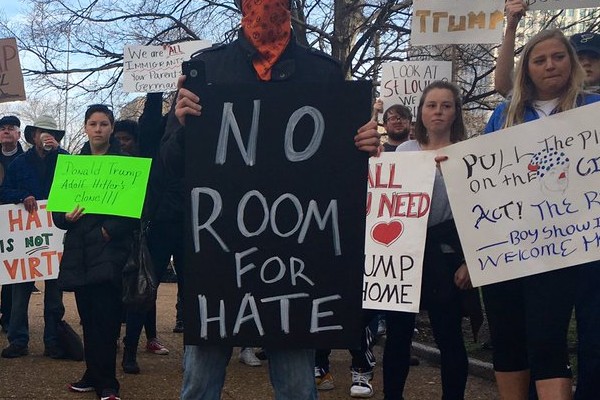 Lawmakers in Arkansas, US, have proposed hate crime laws be enacted so perpetrators could face longer jail times for targeting someone on the basis of their race, religion, sexual orientation or gender identity. According to NBC News, the bill is a priority for state governor, Asa Hutchinson, who believes those committing hate crimes should face up to 20% additional jail time or fines: “We have to express as a society that [hate crimes] should not be tolerated and that we should have enhanced penalties for that.”

The bill reportedly has strong support from Democrats, but conservatives have raised concerns over increased protections for the state’s LGBTQ+ community. Jerry Cox, executive director of the Family Council (a conservative research organisation), previously said: “Unfortunately, this law creates more inequality by favoring special categories of people based on their sexual orientation, gender identity, and other characteristics.”

Arkansas is one of three states, alongside South Carolina and Wyoming, which does not have such laws regarding hate crimes, meaning it has long been a ‘haven’ for hate groups. Aaron Ahlquist, director of the Anti-Defamation League’s (a Jewish non-governmental organisation) south central region, said the three states are likely to alter their legislation soon: “I think all three states realise that none of them want to be the state to hold the distinction of being the last state to have a hate crimes law.” Similar bill proposals have previously been unsuccessful in Arkansas, but it is now gaining support after Hutchinson has made it a state priority.